MERCEDES-AMG TEAM HRT ON THE PODIUM IN HOCKENHEIM

The Haupt Racing Team ended the penultimate DTM weekend of the season with a podium and a further three top-ten finishes. Maximilian Götz finished fifth and third in the #4 Mercedes-AMG GT3, keeping alive his hopes of winning the championship with two races remaining. Team-mate Vincent Abril was ninth in both races, picking up a further four points for Mercedes-AMG Team HRT. As at the Nürburgring, Hubert Haupt was back behind the steering wheel: he made a guest appearance in the #6 Mercedes-AMG GT3 with the black and white Playboy livery.

Mercedes-AMG Team HRT secured two top-ten positions in a disappointing qualifying on Sunday morning. Maximilian Götz (GER), in the pink and blue #4 Mercedes-AMG GT3 of team partner BWT, set the eighth fastest time at the 4.574-kilometre Hockenheimring. However, he was then promoted one place to seventh following a penalty awarded to a rival. Vincent Abril (MCO) was less than three hundredths of a second behind his team-mate. This meant ninth place on the grid for him in the #5 Bilstein Mercedes-AMG GT3 with the blue and yellow Bilstein design.

Götz, who is still in with a chance of winning the Driver title, made a solid start before consistently working his way through the field in the opening laps. By the time he came in for an early tyre change, he had already climbed into fifth place. At the pit stop, the HRT crew once again demonstrated its efficiency, sending the #4 GT3 back out after just 6.52 seconds. Only two cars were quicker in the pits – the #5 (6.23 seconds) and #6 (6.17) cars of Mercedes-AMG Team HRT.

Shortly thereafter, another overtaking manoeuvre out on the track put Götz third as the order settled down after the round of pit stops. Vincent Abril tried to employ a contrasting strategy: he waited until the second half of the race to come in for his mandatory pit stop. He finished eleventh, narrowly missing out on the points. Guest starter Hubert Haupt produced a flawless display, leaving several other cars in his wake and ending his fourth outing of the season in 14th place.

The Haupt Racing Team had previously scored valuable points in Saturday’s race. Title contender Götz, who had qualified sixth, crossed the finish line in fifth place. The ten points he received put Götz tied in third place in the overall standings ahead of race two on Sunday. Vincent Abril came home ninth to pick up another two points for Mercedes-AMG Team HRT.

After his doomed outing at the Nürburgring, guest starter Hubert Haupt initially suffered another setback. Race control handed him a drive-through penalty for a false start. This saw him drop to the back of the field. However, the team owner then found his rhythm and set consistently fast lap times, which eventually earned him a fine 13th place.

The first half of the season-ending double-header is over. Next weekend, the Norisring in Nuremberg hosts the final two DTM races of the year. Mercedes-AMG Team HRT will again line up with its regular formation. After the weekend in Hockenheim, Götz now lies third in the overall standings, 26 points behind the leader.

Maximilian Götz, driver, #4 Mercedes-AMG Team HRT
“We were not entirely sure where the journey would take us. However, we had a strong first lap and were well positioned for the pit stop. We overtook Kelvin van der Linde on the track. As such, Sunday was far better than Saturday. The title is still a long way off, but we are in contention and will not give up. I will approach the races at the Norisring accordingly.”

Vince Abril, driver, #5 Mercedes-AMG Team HRT
“It was another chaotic start. Unfortunately, I lost a few positions. After that, though, the car was really fast. It is just a shame that I was unable to use that pace from the start.”

Hubert Haupt, team owner and driver, #6 Mercedes-AMG Team HRT
“I really had to fight. It was difficult to trail other cars, because you lose so much downforce. It was a tough race. However, P13 on Saturday and P14 on Sunday is more than okay, and I really enjoyed the weekend. I am also pleased that Max is still in contention for the title.”

Uli Fritz, Managing Director of Haupt Racing Team GmbH
“P3 is a nice way to end the weekend and was the best we could have hoped for today, thanks to our great teamwork. We once again had good pit stops with all three cars. We were not entirely happy with Max’s. Apart from that, the troop did another flawless job and looked after the three cars well. The gap in the championship is obviously a big one, but anything is possible at the Norisring and we will do our best to be among the front-runners and fighting for the title right down to the last lap.” 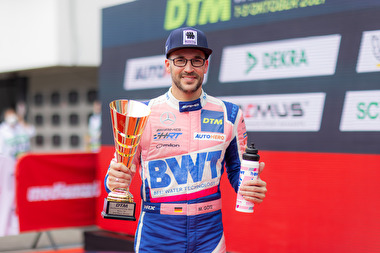 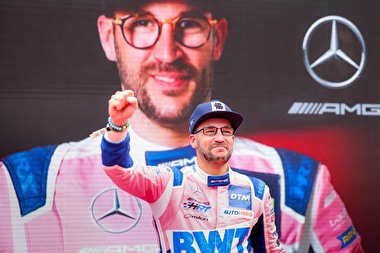 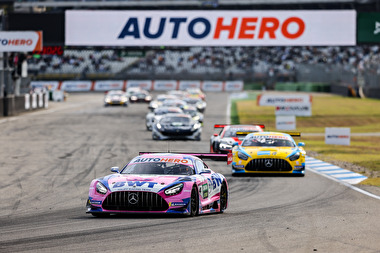 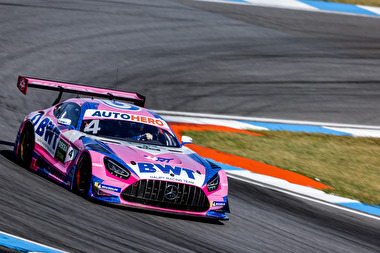 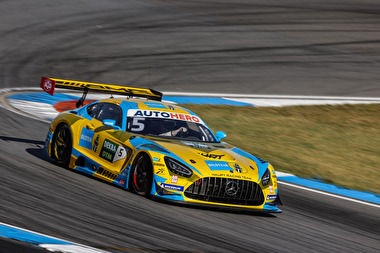 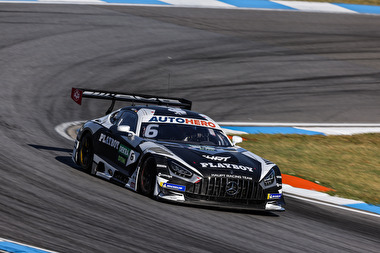 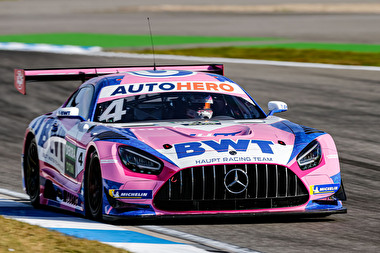 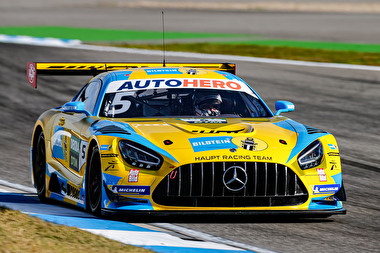 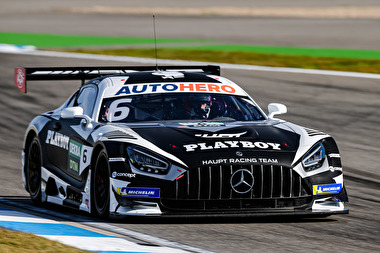 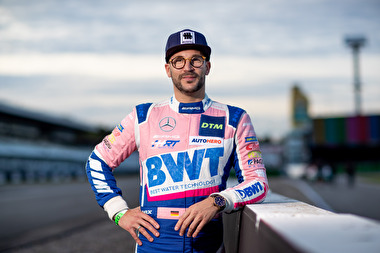 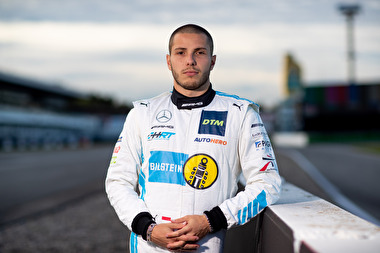 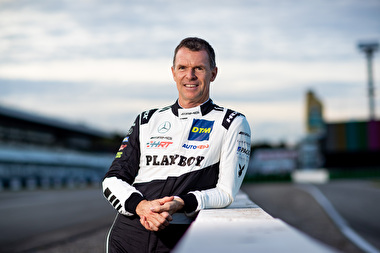