For the second time this year, Mercedes-AMG Team HRT will be fielding three cars at a DTM event. On the penultimate weekend of the season at Hockenheim, DTM expert and team owner Hubert Haupt (GER) will once again get behind the wheel himself and support his two regular drivers as a guest entrant in the two races.

When rounds 13 and 14 of this year's DTM season are held at the Hockenheimring on Saturday and Sunday, Maximilian Götz (GER) will pilot the pink and blue #4 Mercedes-AMG GT3 of team sponsor BWT as usual. Vincent Abril (MCO) will be chasing points on the 4.574 kilometre circuit in the yellow and blue #5 Bilstein GT3.

As he did at HRT's home race at the Nürburgring, when he made motorsport history with his guest appearance, Haupt won't miss the chance to collect kilometres himself again. To do so, the 52-year-old from Munich will once again climb into the #6 Mercedes-AMG GT3 in the black and white design of team partner Playboy. As a guest, Haupt will not be able to score championship points.

It is going to be an important weekend for title contender Maximilian Götz, who kept up with the leader in the overall standings by finishing fourth and sixth in Assen. Before the race weekend in Hockenheim, he is only 20 points off the top.

Just one week later, from 8 to 10 October, the last two DTM races of the year are scheduled at the Norisring in Nuremberg. HRT will then again contest the season finale of the GT3 experiment with only two of its own cars.

Maximilian Götz, #4 Mercedes-AMG Team HRT:
"It is the penultimate race weekend and super important in the fight for the championship. We have to take our points here as well. Unfortunately, we had a lot of bad luck in Assen. Hopefully, luck will be on our side again at Hockenheim. I love driving there - the combination of fast corners like Turn 1 and the slow corners like the hairpin. I think we will see some overtaking again. I'm looking forward to seeing the fans and I hope we can give them a good show."

Vincent Abril, #5 Mercedes-AMG Team HRT:
"I am very excited for Hockenheim. We tested there, so it could be a big one for the team. I am curious about the results. We hope for another season highlight after we had misfortune in the last races."

Hubert Haupt, team owner HRT und #6 Mercedes-AMG Team HRT:
"I had a lot of fun at the first guest start at the Nürburgring and then had the misfortune in the second race not to have made it to the finish. That's why I wanted to take the opportunity and give myself another chance to intervene. The Hockenheimring was always one of my favourite tracks anyway. I realised that again during our tests there last week."

Sean Paul Breslin, team principal Mercedes-AMG Team HRT:
"I’m really excited about Hockenheim. We had some good test sessions there. Now, the team is looking forward to be back at the front end. We are going to try to put everything together this weekend and have a strong end of the season." 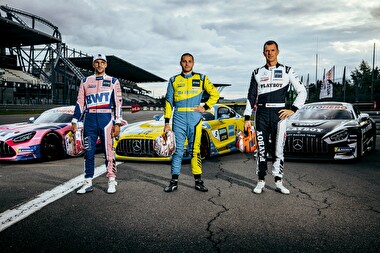 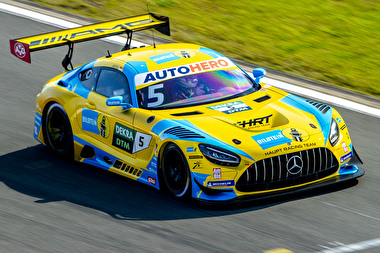 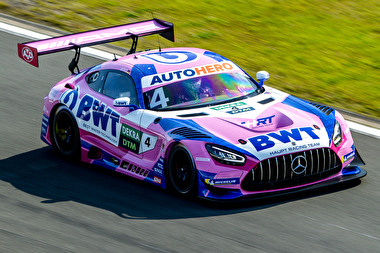 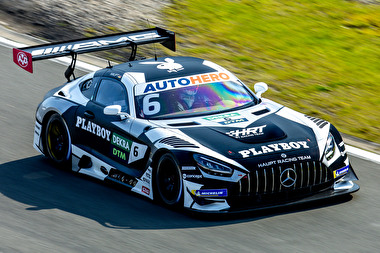