Mercedes-AMG Team HRT picked up valuable points in both the Driver and Team competitions at the sixth race weekend of this year’s DTM, which took place at TT Circuit Assen in the Netherlands. Maximilian Götz (GER) followed his fourth place on Saturday with P6 one day later. His team-mate Vincent Abril (MCO) also finished in the points on Sunday, bouncing back from yesterday’s DNF to finish ninth in race two.

Sunday at the circuit known as the “cathedral of motorsport” began in eventful fashion for Mercedes-AMG Team HRT: a red flag played havoc with the team’s qualifying strategy, meaning the two HRT drivers – Maximilian Götz in the pink #4 BWT-GT3 and Vincent Abril in the #5 car with the familiar colours of team partner Bilstein – had to start the race from seventh and ninth on the grid.

Both HRT drivers maintained their positions at the start of the race. Just a few laps into the race, Götz, like many of his rivals, came in early for his mandatory pit stop. This allowed him to climb one place. His team-mate Vincent Abril stayed out on the track, before coming into the pits around the midway point in the race. With the field very evenly matched, the fans were repeatedly treated to hard-fought battles, although there were actually only a few changes of position. As such, the HRT cars successfully held on to their positions, but were unable to make any real progress towards the front of the field. In the end, Götz crossed the finish line sixth, followed shortly after by Abril in P9.

Valuable championship points for HRT in the Saturday race
The start of Saturday’s race was a chaotic one: the pole-sitter reacted too late when the lights went green, resulting in multiple contacts throughout the field. One of the victims was Vincent Abril, who had to park up his Mercedes-AMG GT3 and retire after just one lap, before his race had really got going.

Maximilian Götz held on to P4 and came in for an early mandatory pit stop after a safety car phase and the ensuring re-start. The HRT team completed the pit stop in record time, as they have done so often this season. This allowed Götz to gain valuable seconds on his rivals and lead the field once everyone had been in for their pit stops.

When the safety car made another appearance roughly halfway into the race, the field bunched together again. There were then several spectacular battles for position in the limited space available, in the course of which Götz dropped three positions. In the final third of the race, the German driver was held up by a slower car, which was yet to make its pit stop, which allowed the cars in front of him to pull away. However, Götz was not to be denied a fine fourth place, for which he was rewarded with 15 valuable points in the championship – thanks in part to the fact that the second-placed driver was only making a guest appearance and was not eligible to score points.

Title race moves towards thrilling conclusion
Maximilian Götz is fourth in the DTM Drivers’ Championship and remains in the thick of a title race that could hardly be any more exciting. Mercedes-AMG Team HRT also lies fourth in the Team competition. The next DTM event takes place at the Hockenheimring from 1st to 3rd October. The Norisring then hosts the season finale one week later.

Maximilian Götz, Mercedes-AMG Team HRT #4
“Unfortunately, we were to slow to put any more pressure on those ahead of us today. Once you get stuck in traffic, it is very difficult in Assen. Yesterday’s race was very exciting: multiple re-starts, impressive manoeuvres – great stuff for the fans! I am pleased with the points I scored, but the opposition also picked up points. We now move on to Hockenheim.”

Vincent Abril, Mercedes-AMG Team HRT #5
“It was a difficult race, there was not a lot we could do. Our strategy, to pit late, did pay off. In the end, I finished in the points, which is a great reward for the team. The Saturday race came to a premature end for me after the chaotic start. These things happen, but I was obviously very disappointed.”

Uli Fritz, CEO Haupt Racing Team GmbH
“Unfortunately, Sunday did not play out as we had envisaged, as we were hoping to see Max make some progress in the championship. Nevertheless, we did pick up some points – and the points we scored for third place on Saturday were also a decent result. We will now see what we can do better in Hockenheim, in order to go on the offensive again there.” 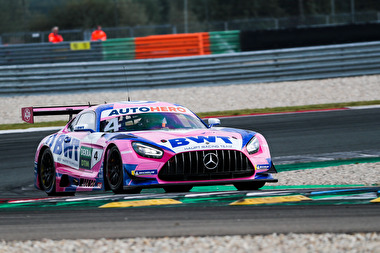 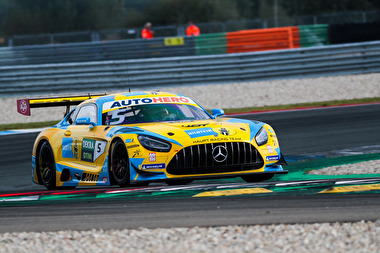 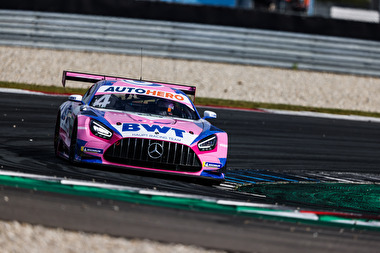 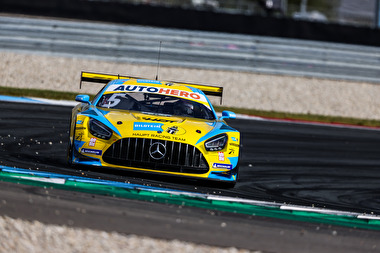 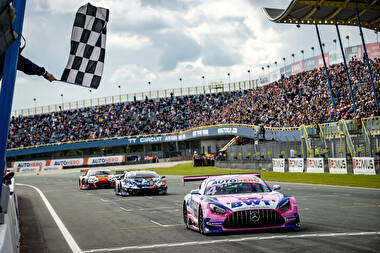 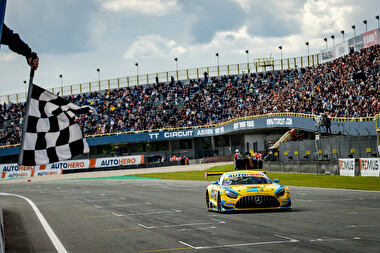 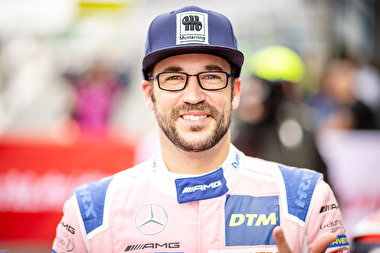 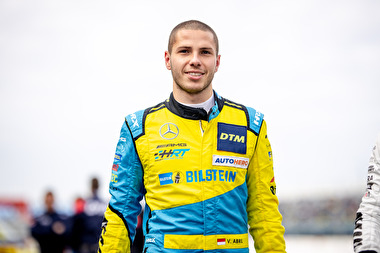 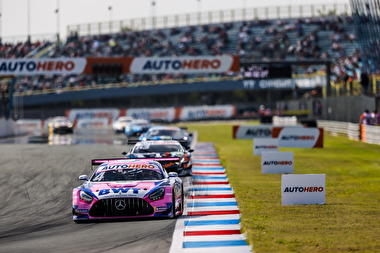