HRT produced a solid display in the six-hour highlight of the NLS season at the Nürburgring. Haupt Racing Team Bilstein finished eighth with the #6 Mercedes-AMG GT3, sporting the blue and yellow Bilstein livery, in the ROWE 6h ADAC Ruhr-Pokal Race on Saturday afternoon. In doing so, the HRT team – consisting of Hubert Haupt, Manuel Metzger and Patrick Assenheimer (all GER) – ended round seven of this season’s Nürburgring Endurance Series in the Top-ten again.

A damp track posed a major challenge to the drivers in qualifying, which took place early on Saturday morning. As the 20.83-kilometre Nordschleife dried out consistently throughout the 90-minute session, the responsibility for the decisive lap fell on the shoulders of final driver Manuel Metzger. He clocked a lap time of 8:37.797 to qualify seventh in the only HRT car on the starting grid this weekend.

And so it was that Hubert Haupt started the six-hour race from seventh place. After a good hour, he handed the #6 Bilstein-Mercedes over to Metzger, who produced a solid stint. It all became a little eventful when, two hours into the race, Patrick Assenheimer took the wheel for the first time. The HRT driver took advantage of several collisions and a yellow phase, working his way into fifth place with a flawless display.

A technical defect in the GPSauge system of the VLN forced Metzger to stop in the pits shortly before the end. The team did manage to solve the problem within five minutes, but Metzger was ultimately unable to make up the lost time, despite setting the fastest laps in the field, and eventually came home eighth.

Haupt Racing Team is back in action next weekend, when the team from Meuspath lines up at the TT Circuit in Assen (Netherlands) for round six of the DTM. And it is not long until the team returns to the infamous Nordschleife. The next NLS event, the 53rd ADAC Barbarossapreis, takes place on 25th September.

Hubert Haupt, team owner HRT and Haupt Racing Team Bilstein #6
“The wet conditions made qualifying very difficult today. My start was then really good and I was actually always running P6 or P7. The stint was okay. Unfortunately, we repeatedly had bad luck with yellow phases and then, at the end, with the technology.”

Patrick Assenheimer, Haupt Racing Team Bilstein #6
"I am really happy with our performance today, also how the whole team worked. Unfortunately, we had a problem with the GPSauge, which is not okay in my opinion. We tested this on a voluntary basis for the VLN. The fact that we lose five minutes of time in the pits as a result is a shame, of course."

Sean Paul Breslin, team principal HRT
“We fought for fifth place for a long time, and it could have been a good result for us. Then we had a technical issue with the GPSauge system that we test on behalf of the VLN. That's why we had to stop and it took us five minutes to fix it. On the whole it was a good team effort and a great performance from the drivers. However, the aforementioned situation meant we were unfortunately unable to get a good result.” 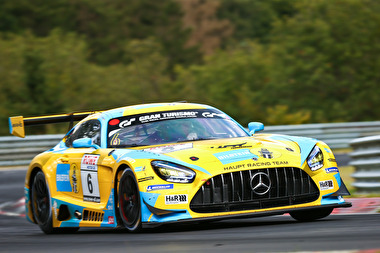 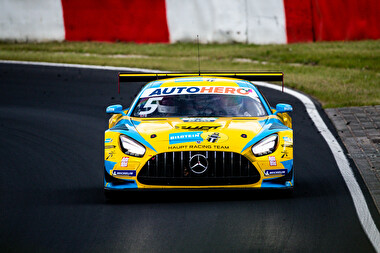 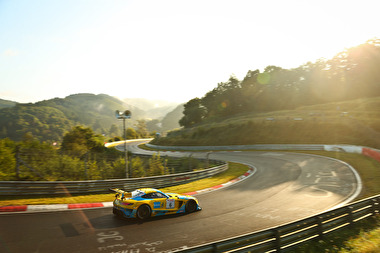 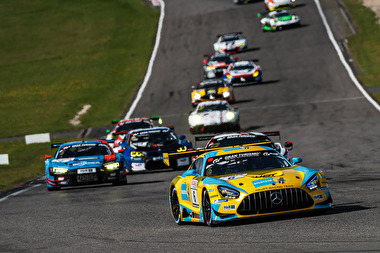