The Haupt Racing Team was on good form at round four of the GT World Challenge Europe Endurance Cup and claimed its best result of the season so far at the Nürburgring. The #4 Mercedes-AMG GT3, driven by Maro Engel, Luca Stolz and Nico Bastian, crossed the finish line in third place. The #5 car, with team owner Hubert Haupt, Patrick Assenheimer and Michele Beretta at the wheel, finished fifth in the Silver Cup.

The #4 Mercedes-AMG GT3 in the pink and blue design of sponsor BWT, which was officially competing as “Mercedes-AMG Team HRT”, laid the foundation for a successful weekend in the GT World Challenge Europe Endurance Cup in the combined qualifying on Sunday morning. Engel, Stolz and Bastian (all GER), the latter replacing regular driver Vincent Abril (MCO), who was racing in the DTM at the same time, guided their HRT car to fourth place on the grid. The #5 car, in the colours of team partners AutoArena and nu concept, started the race from 20th on the grid, with Haupt, Assenheimer (both GER) and Beretta (ITA) sharing the driving duties.

Having seen Luca Stolz drop back to fifth place at the start in the #4 car, the team decided to make an early driver and tyre change – and this proved the right thing to do. Maro Engel, who took the wheel for the middle stint, gained two positions thanks to an impressive out lap and found himself third overall when the race settled down after the round of pit stops.

Hubert Haupt made a good start in the #5 Mercedes-AMG GT3 and climbed from 20th on the grid to 17th. At this point, that put them sixth in the Silver Cup. The two HRT cars defended their positions during several yellow and safety car phases. Patrick Assenheimer and Michele Beretta even managed to move up the standings as the race progressed and ultimately ended the three-hour race in 14th place overall. This was enough to earn them fifth place in the Silver Cup class.

Nico Bastian, who had familiarised himself with the circuit in the Fanatec Esports GT Pro Series yesterday evening, took his place at the wheel of the #4 Mercedes-AMG GT3 for the final stint. He held his nerve and brought the car home in third place.

The Haupt Racing Team’s next outing in the GT World Challenge Europe is in three weeks, when Circuit Ricardo Tormo in Valencia hosts the final Sprint Cup of the year. The next Endurance event also takes place in Spain. When the two HRT cars head to Circuit de Barcelona-Catalunya for the season finale on 10th October, they will be looking to follow on where they left off at the Nürburgring.

Luca Stolz, Mercedes-AMG Team HRT #4
“It was a good weekend for us. You could see from the start that we had the pace. It was great fun driving, but we did not have a chance against the Lamborghini and the number 88 was also strong. However, I am happy with third place. The team deserved that. After the season has not gone entirely to plan so far, it is nice to finally be on the podium.”

Nico Bastian, Mercedes-AMG Team HRT #4
“Generally speaking, that was a very successful weekend. That was my very first podium in the Endurance Cup. I am obviously delighted with that. The car was fast, we were always in the top three. Everything came together and we capped the performance with third place. Starting from fourth, that was the best we could envisage.”

Hubert Haupt, team owner and driver, Mercedes-AMG Team HRT #5
“I am very happy with the podium for the number 4. That was the best we could hope for today, as the Lamborghini was a second per lap faster at times. Without adjusting the BOP, I do not currently see how we can challenge for overall victory. We finished fifth in the Silver Cup in our car. That is okay, but the goal was the podium.”

Sean Paul Breslin, team principal Haupt Racing Team
“It was a very challenging weekend for us, at two racetracks at the same time. We drove very well, delivered good team effort and did not make any mistakes. I am very happy with the performance of the team and the good result. We have our drivers to thank for the podium and a strong performance. That felt great after the start to the GT World Challenge did not go to plan for us. Hopefully we can continue this form in Barcelona.” 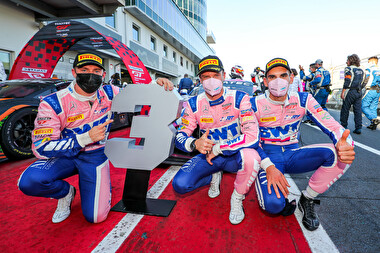 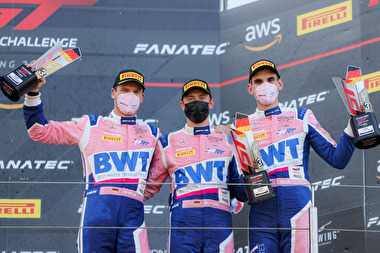 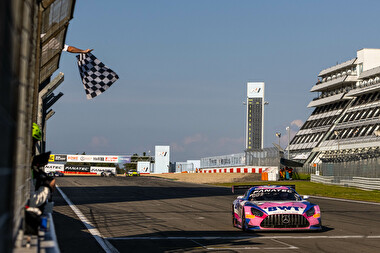 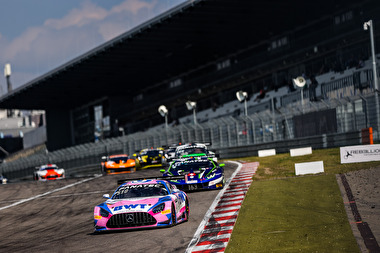 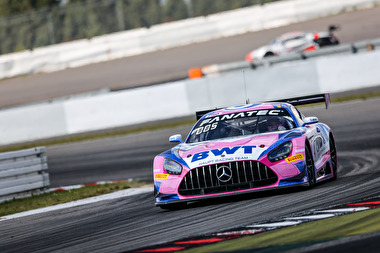 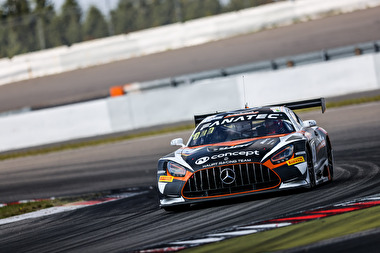 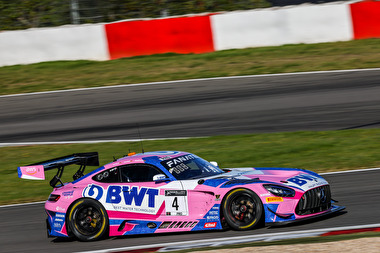 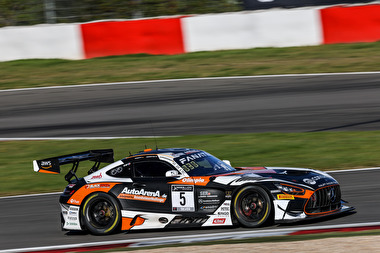