MAIDEN VICTORY FOR MERCEDES-AMG TEAM HRT AT THE LAUSITZRING

Mercedes-AMG Team HRT bounced back in style at the Lausitzring with a first DTM victory for Maximilian Götz in the #4 Mercedes-AMG GT3. After a difficult start to the second race weekend of this season’s DTM, with both cars failing to finish on Saturday, the team produced an impressive comeback today. The fastest pit stop of the race put Maximilian Götz on course for victory at the circuit in the Lusatia region of Germany, the layout of which included banking for the first time in the DTM. Team-mate Vincent Abril ended the race in 14th place.

Maximilian Götz’s pit crew provided their driver with a perfectly-prepared Mercedes-AMG GT3 in the striking colours of team sponsor BWT for this morning’s qualifying session. And the Franconian (Uffenheim) delivered with third place on the grid. Shortly after the start of the race, he was passed by two rivals. The team then produced a display of perfect teamwork during the mandatory pit stop, getting Maximilian Götz back out onto the track faster than any other driver.

When race leader Kelvin van der Linde suffered a technical issue with his car, Götz was well positioned to take the lead and went on to cross the finish line with an advantage of 4.675 seconds.

Vincent Abril, who started from 11th place in the yellow and blue Bilstein Mercedes-AMG GT3, was bogged down in the middle of the field for the entire race and eventually came home 14th.

The next DTM outing for the Haupt Racing Team is in Zolder, Belgian, in two weeks’ time. Before that, the team from Meuspath has the highlight of the season in the GT World Challenge: the 24 Hours of Spa.

Maximilian Götz, Mercedes-AMG Team HRT #4
“I am very happy, it was very emotional in the car. The first DTM win is always special. I have been “looking forward” to it for a long time, so it is fantastic to have pulled it off today. Furthermore, it was also the maiden DTM victory for the Haupt Racing Team and a great way to end the weekend. Yesterday was not so good, but the win makes up for everything we failed to achieve yesterday. Together with the team, we will now celebrate the fact that we are right back in it again, and we will hopefully pick up more points in the next race.”

Vincent Abril, Mercedes-AMG Team HRT #5
“First of all, I need to congratulate the team on its first win. That was well deserved, and for Max as well. For me, it went from bad to worse after yesterday. I felt like the potential was there all weekend to be competitive, but it's funny how quick things can go downhill in such a tight series. Yesterday, after the crash, the car was obviously damaged and today I struggled with the feeling all day long. I'm sure we'll find out what went on and it was just a very tough race mentally for me just to stay on track. However, it’s moments like this where you bounce back and hopefully we will have a strong 24h race in Spa before we go to Zolder for the next DTM round.”

Sean Paul Breslin, Team Principal Mercedes-AMG Team HRT
“After the poor race on Saturday, in which both cars failed to finish, today’s result was just reward for the team’s hard work. The third-fastest time in qualifying today put us in a position to challenge at the front, and ultimately to win. That is a really great turnaround for the team.”

Ulrich Fritz, CEO of Haupt Racing Team GmbH
“That was a great recovery and a super ending for the whole team! Things did not go to plan at all at first, with both cars failing to finish yesterday. Then we noticed the first signs of improvement in qualifying today. Max drove an impressive and flawless race, and the pit stop crew did a superb job after yesterday’s mistake. That was the fastest pit time of the whole field and laid the foundation, upon which he was able to achieve such a good position. Today, we also had that little bit of luck that you need. We now head to the next races, and this is a good motivation for us. We will now work hard to repeat this achievement. The team really deserved this first DTM win!” 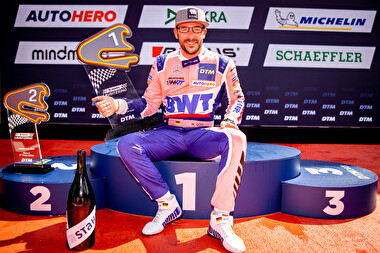 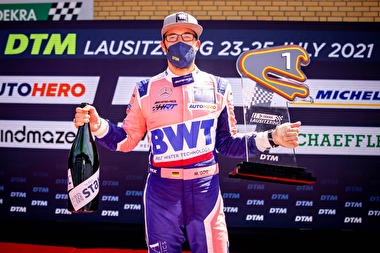 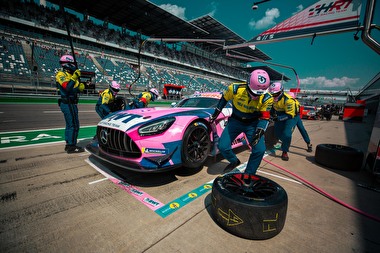 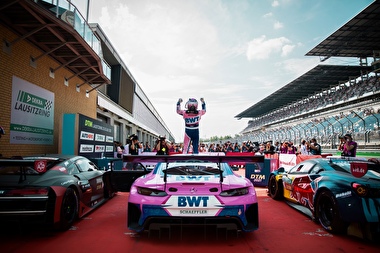 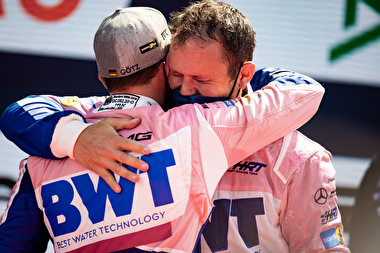 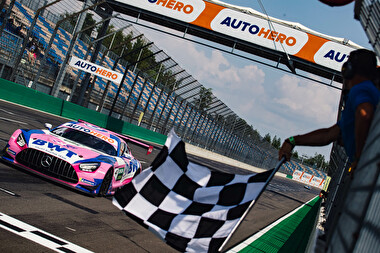 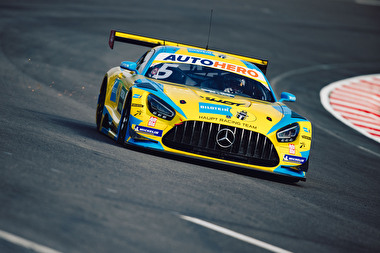 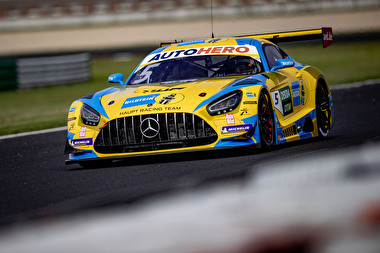