After the impressive second place yesterday, the Haupt Racing Team left the Nürburgring-Nordschleife empty handed on Sunday after a collision with another car that was no fault of their own.

The Mercedes-AMG GT3, with team owner Hubert Haupt at the wheel, had started brilliantly, climbing from seventh to third. However, at the start of the second lap, it suffered damage to the exhaust system after Haupt was hit by another car.

The team was able to solve the issue, but HRT had by this point been robbed of any chance of a top result.

Start driver and team owner, Hubert Haupt, made a perfect start to race six of the Nürburgring Endurance Series:

From seventh on the grid, the former DTM driver sprinted through to take third place after turn one and put his team on course for a podium finish.

However, one lap later a rival car hit the left side of the Mercedes-AMG GT3 on the Grand Prix Circuit, resulting in damage to the exhaust and a significant loss of performance.

The team was able to fix the damage in the ensuring pit stop, but the repairs took over three minutes, dashing any hopes of achieving a decent result.

Hubert Haupt, Haupt Racing Team Bilstein #6 and team owner HRT
"It was obviously a shame. We had a super start and made it into third place! Then came the contact with the other car, which drove into me unnecessarily. He was travelling far too fast, was no longer able to make the corner, and so used me as a buffer. After that, the exhaust was broken and had to be repaired. It was still fun to drive after that, but it is a shame when you are no longer looking at getting a decent result."

Sean Paul Breslin, team principal HRT
"We had a really great race yesterday, which naturally raised our expectations for today's race. Hubert made an outstanding start. Unfortunately, his Mercedes-AMG GT3 was hit by another car. After that, all that remained was for us to sensibly use the remaining time for testing.

Next up for the HRT team is the DTM at the Lausitzring on 24th and 25th July. 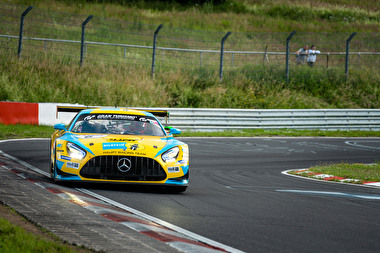 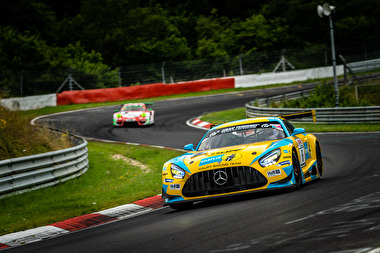 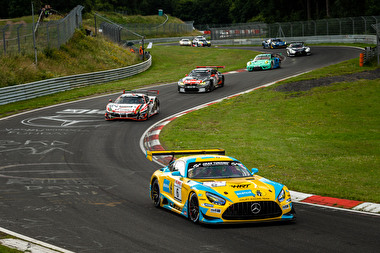 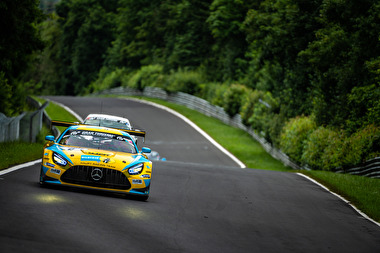