Haupt Racing Team Bilstein enjoyed a successful return to the Nürburgring-Nordschleife with an impressive second place!
Perfect start to this weekend's double-header, which features a race on both Saturday and Sunday!

Team owner Hubert Haupt, Patrick Assenheimer and Adam Christodoulou alternated at the wheel of the #6 Mercedes-AMG GT3, in the full blue and yellow livery of team partner Bilstein, in Saturday's race.

After Christodoulou set the third-fastest time in qualifying, the trio drove consistently fast and flawless laps throughout the entire four-hour ADAC Reinoldus endurance race to finish a strong second.

Race five of the Nürburgring Endurance Series started at 12:00 and was contested over a duration of four hours. Patrick Assenheimer took the wheel for the start stint and slotted into fourth place in a fiercely-competitive early period.

After roughly an hour of racing, Assenheimer handed over the steering wheel to team owner Hubert Haupt. The man from Munich showed impressive fighting qualities and, having rejoined the race in sixth place after the scheduled pit stop, made up four positions to put the car on course for the podium. After a good two hours of racing, and 15 laps of the Nürburgring-Nordschleife, it was time for the Mercedes-AMG GT3 of Haupt Racing Team Bilstein to come in for its second pit stop.
Adam Christodoulou took over from Hubert Haupt.

The different pit stop strategies employed by the opposition meant that Christodoulou had to continue to fight for his place on the podium. Running fifth at the start of the final hour of racing, the gaps to the other cars and repeated Code 60 phases prevented Christodoulou from making any progress towards the front of the field.

The next round of the Nürburgring Endurance Series takes at Sunday, 11th July.

The Haupt Racing Team also heads to the Lausitzring on 24th and 25th July for races three and four of the 2021 DTM season.

Patrick Assenheimer, Mercedes-AMG Team HRT #6
"It was a crazy start. Everyone was driving for their lives, but it was fun! After that, everything settled down. The cars in the slower classes were problematic. It was quite precarious at times. Second place and a podium on the Nordschleife is always a bit special. We produced a flawless race as a team!"

Adam Christodoulou, Mercedes-AMG Team HRT #6
"It was a brilliant race! We brought the Mercedes-AMG GT3 home unscathed and came out on top in a close battle at the end of the race. It was also a strong performance from the whole team! I hope we can go one better tomorrow!"

Hubert Haupt, Mercedes-AMG Team HRT #6 and team owner HRT
"I enjoyed my stint. There were some good battles out on the track. The weather was also good. You sometimes had to be a little careful when you came across the less-experienced drivers. That was a superb race. We did not make any mistakes and deserved to finish second!"

Sean Paul Breslin, team principal HRT
"It was a good race for us. The drivers did well and made no mistakes. Second place and the podium is great, but we will go again tomorrow and try to do even better!"

HRT stands for HAUPT RACING TEAM. Formed in June 2020 by racing driver and entrepreneur Hubert Haupt, the team enjoys success in GT3 racing. HRT lines up with extended works support from Mercedes-AMG in many of the team's outings. The outings and cars are prepared in Meuspath, not far from the Nürburgring. HRT also has its own eSPORTS team in the professional sim racing sector and is a sought-after partner for motorsport events of all sorts. HRT can call on a host of experts with a wealth of motorsport and engineering experience, which the diverse motorsport company leverages when implementing technical development projects for and with its partners. The headquarters of Haupt Racing Team GmbH is Grünwald near Munich. The team owner is racing driver and businessman Hubert Haupt. As well as motorsport, Haupt is primarily known as a successful property developer. With his Immobilien Holding company, he implements high-quality living and building concepts in southern Germany – from innovative buildings to complete districts. 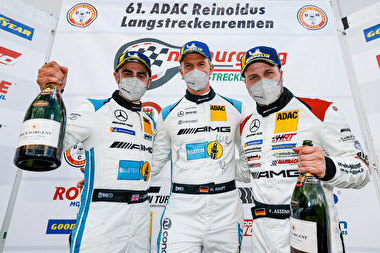 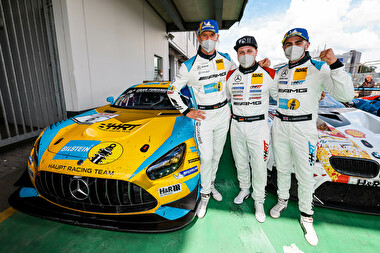 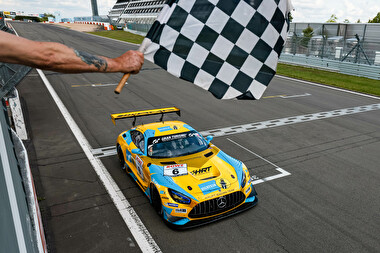 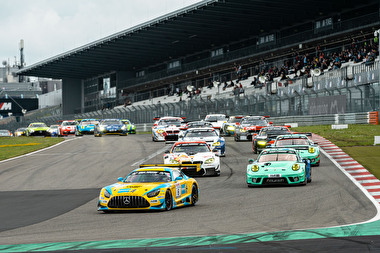 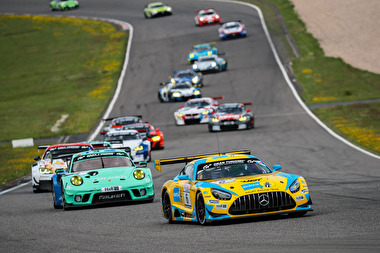 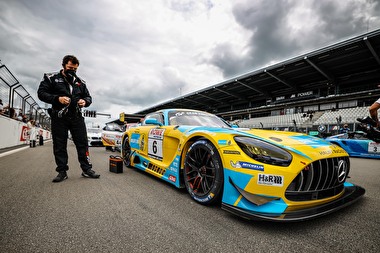