The Mercedes-AMG Team HRT will start the 49th ADAC TOTAL 24h Race Nürburgring from promising starting positions. Manuel Metzger put the #4 Mercedes-AMG GT3 with the striking yellow and blue BILSTEIN livery in third on the grid in top qualifying. The sister car with number 6 and the extravagant livery of skateboard brand PALACE will start the legendary marathon in the Eifel from fifth on the grid. This makes the two Mercedes-AMG GT3 of HRT the best-placed Mercedes-AMG cars in the starting field of more than 120 cars.

Heavy thunderstorms covered the whole track with water before the start of the second top qualifying session, meaning that the start of the final time trial had to be postponed. Manuel Metzger, who was the last of the 20 drivers to do his two timed laps, mastered the extreme conditions and secured third on the grid for the #4 of Mercedes-AMG Team HRT.

While the #4 Mercedes-AMG GT3 qualified for top qualifying 2 in advance, the sister car with number 6 had to battle for a spot in the final shootout in top qualifying 1. And Maro Engel mastered this hurdle effortlessly. With a lap time of 8:13.664 minutes, he put the Mercedes-AMG GT3 in P2 in dry conditions. In the final session, where the fastest four cars from the previous time trial went head to head once again in the battle for the best starting positions, team-mate Nico Bastian completed two strong laps to secure fifth on the grid for the #6 Mercedes-AMG-GT3.

This saw both HRT cars secure promising starting positions for tomorrow’s endurance classic at the Nürburgring, where the lights will go green at 15:30 (CEST).

Hubert Haupt, Team Owner HRT and Driver Mercedes-AMG Team HRT #6
"It was extremely important that we got into top qualifying 2 with our #6. With third and fifth place we are now in a very good position for the race. In terms of the weather, it could be difficult tomorrow in the early stages. Then it's good to be able to get some breathing space at the front. But the race lasts 24 hours. You have to stay flawless."

Manuel Metzger, Mercedes-AMG Team HRT #4
"The conditions on the track were already very much at the limit. It was incredibly difficult to drive. But I am very happy with third place. I pushed a bit on the last lap, but there was a lot of water on the track in the last sections. Maybe second place would have been possible otherwise, but even so I am very happy. That's his very good starting position for the race tomorrow."

Nico Bastian, Driver, Mercedes-AMG Team HRT #6
"For the team, this is a great starting position. P3 and P5 are almost perfect for the race. It's also important that both cars stayed intact in these difficult conditions. Of course I'm also happy with my laps and very happy to have finished fifth."

Maro Engel, Driver Mercedes-AMG Team HRT #6
"It was extremely important that we made it into top qualifying 2 to still be able to get a good grid position. The biggest uncertainty was the threat of rain, which also started on the second lap. Fortunately, the first lap was fast enough. The car felt very good, the team did a great job." 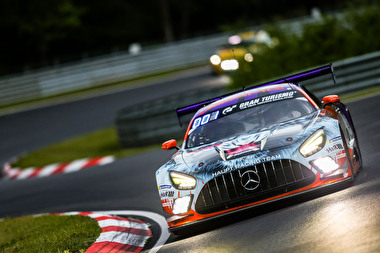 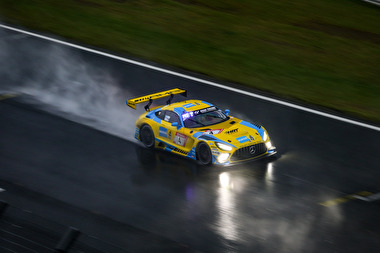 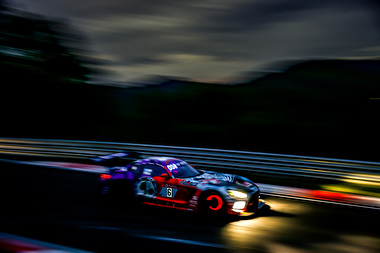 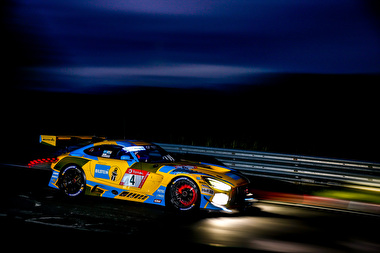 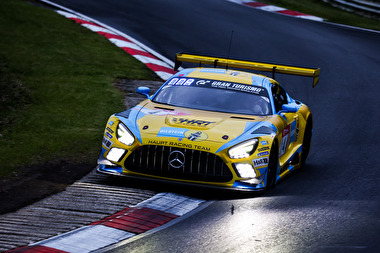 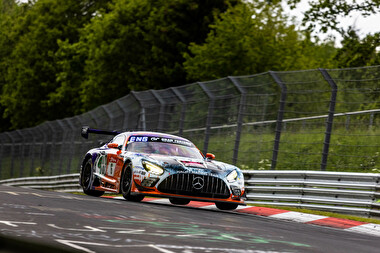 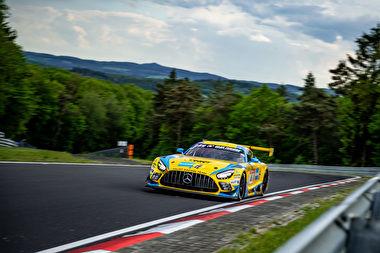 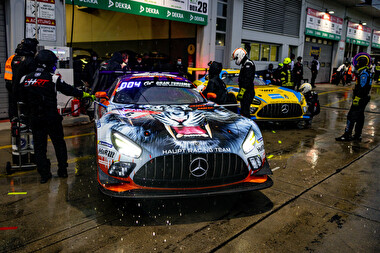