TOP-TEN FINISH FOR HAUPT RACING TEAM AT THE NÜRBURGRING

Mixed start to the Nordschleife season for HRT: Mercedes-AMG Team HRT finished tenth with the number 16 car, in its blue and yellow Bilstein livery. The number six car, in the AutoArenA design, was unable to start the race following a crash in practice.

The third scheduled race of this year’s Nürburgring Endurance Series (NLS) was preceded by a chaotic qualifying. The session took place on a wet track and was dominated by multiple stoppages, which made it difficult for the blue and yellow #16 Bilstein Mercedes-AMG GT3 to set a good lap time. After the second red flag and an early finish to qualifying, the team consisting of team owner Hubert Haupt, Adam Christodoulou, Maro Engel and Luca Stolz had to settle for 17thplace on the grid. The number 6 car, sporting the AutoArenA livery, also came into the event with great ambitions, but their race weekend came to a premature end on Friday following a crash in practice.

Maro Engel made a good start and gained a position in the first turn. He then did a great job of securing his position, before handing over to Hubert Haupt after five laps. Haupt then climbed into the top ten during his stint. Adam Christodoulou, who took over from Haupt, kept the #16 car on course for a good result over the following laps, before the final driver Luca Stolz consistently applied pressure to the cars in front. After four hours of racing, the #16 Mercedes-AMG GT3 crossed the finish line in tenth place.

In the run-up to round three of the Nürburgring Endurance Series, the Haupt Racing Team had united the real and virtual motorsport worlds in a special initiative. Driven by Hubert Haupt, four drivers of the HRT eSports Team were given an exclusive training drive in the Mercedes-AMG GT3, offering them an insight into the world of real motorsport.

This weekend, the Haupt Racing Team returns to the Green Hell: the official ADAC Qualification Race 24h-Race represents the official dress rehearsal for the legendary endurance classic at the Nürburgring for the team from Meuspath. HRT’s further plans for the 2021 motorsport season will be the subject of a feature on Sport1 on Sunday: team owner Hubert Haupt and Maximilian Götz will be guests on AvD Motor & Sport Magazine, which airs at 21:45.

Sean Paul Breslin, team principal HRT
“Our goal was to get as many kilometres as possible under our belt, in order to continue testing and ensure we are perfectly prepared for the coming 24-hour race. As such, it was obviously a blow to us that we were unable to run the #6 car after the crash on Friday. On the whole, we definitely need to improve. We are still lacking pace we need at the moment.”

Hubert Haupt, team owner HRT and Mercedes-AMG Team HRT #16
“Maro got us off to a very good start and we were also able to gain some places during my stint. On the whole, we are lacking a little speed on the long straights. That is something we will work on. It was obviously a great experience for the guys in the HRT eSports Team to sit in a real racing car – even if they did know the track from simulations. Experiencing the Nordschleife at first hand is something very different.”

Maro Engel, Mercedes-AMG Team HRT #16
“That was a very difficult weekend for us. Unfortunately, we had to withdraw the number 6 car after my frustrating mistake. First and foremost, I would like to thank my team-mates and the crew for their great support. It is exactly this team spirit that will bring us a lot of success together in the future – I am sure of that. Starting from 17th made it extremely difficult to get involved at the front of the field today. Despite this, they were still valuable kilometres as we continue to prepare for the 24-hour race.”

Danny Giusa, team manager HRT eSports
“The training drive gave us a unique insight into real motorsport. Although, as a sim racer, you have already done hundreds of laps of the Nordschleife, the real-life drive is just extreme – in a positive way. The acceleration, the braking points, the intensity: it is all recreated perfectly in the simulation. However, it is a completely different experience all together in reality.” 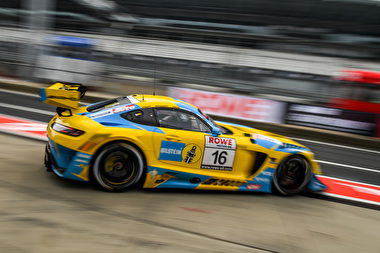 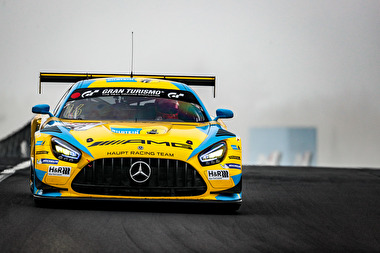 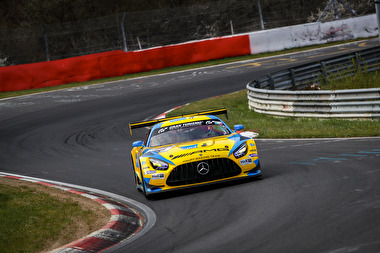 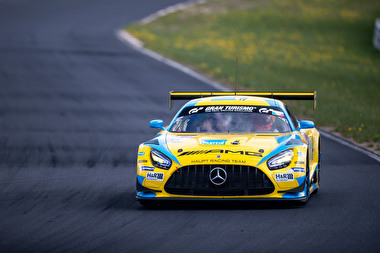 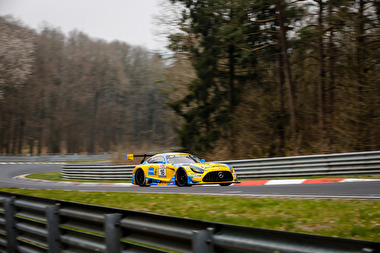 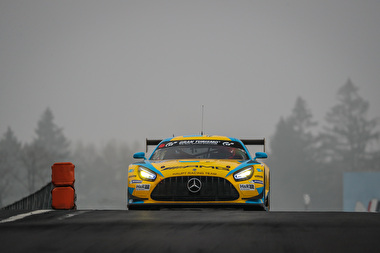 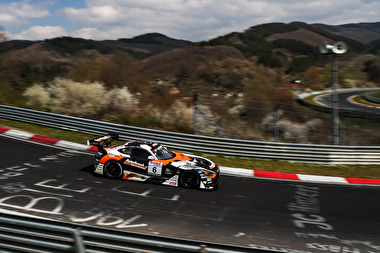 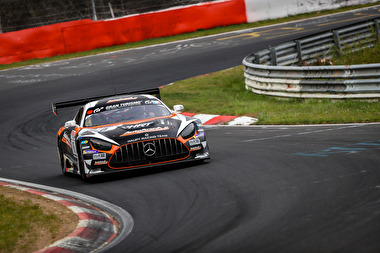 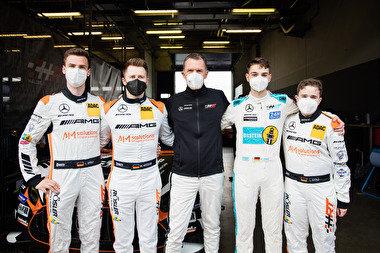 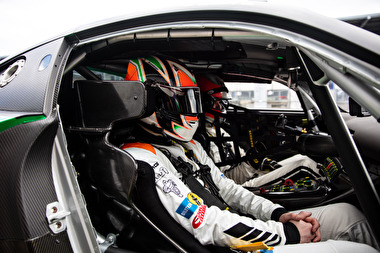