At the final round of the GT World Challenge Europe Sprint Cup, the HAUPT RACING TEAM finished the championship on the overall fifth position in its debut season. The #4 Mercedes-AMG GT3 with Maro Engel and Luca Stolz competing at the Circuit de Barcelona-Catalunya showed an initial strong on-track performance with a fifth position in the first race but ran out of luck on Sunday.

Race 1
Having had a strong performance during the first qualifying of the weekend, only 0.3670 seconds shy of the pole setter, Luca Stolz started from second with the Mercedes-AMG GT3. The one-hour long race was a tight battle between the #4 and its close opponents, with Maro Engel crossing the finish line on the fifth position.

Race 2
Engel had an impressive start from the fifth grid position on Sunday, managing to overtake two opponents. Due to cutting at T2 as a result of a contact during the start, the #4 Mercedes-AMG GT3 had to give back a place. The German opted for an early pit stop with Stolz taking over and eventually ending the 32 laps with a podium position and a third place. The team received a post-race 35 sec penalty due to a pit stop infringement, ending up on the 17th place, leading to a 17 points disadvantage for the championship and therefore no more chances to win.

Race 3
For the final session of the Sprint Cup, Maro Engel put the Mercedes-AMG GT3 on the eleventh position in Sunday’s third qualifying at Circuit Barcelona de Catalunya. An eventful start lead to contact between three cars, including the #4. The incident caused too much damage to the car, leaving HRT having to drop out of the race.

HAUPT RACING TEAM’s Maro Engel and Luca Stolz finish the GT World Challenge Europe Sprint Cup on P5 overall in the team’s debut season, despite having missed the races at the Circuit Zandvoort.

The HAUPT RACING TEAM will return to the racetrack on 22-25 October for one of the season highlights – the iconic 24 Hours of Spa.

Hubert Haupt, Team Owner HRT
“It’s our first season as newly founded team and we’ve been a close championship candidate until the finale – even though we had to miss out on the event at Zandvoort due to Corona measures. That shows how much potential we have as a team. The weekend in Barcelona didn’t go as anticipated but we are very satisfied with our team and driver performance.”

Sean Paul Breslin, Team Principal HRT
“For me it was a very disappointing end to this Sprint season. Even though we missed the Zandvoort round because of the 24h of Nürburgring, we still came here with a strong fighting chance to win the championship. But after the penalty in race two and the crash in race three we now just have to focus our sights on the 24h Hours of Spa and the overall championship.”

Maro Engel, driver, Haupt Racing Team (#4)
“Until shortly after the second race it looked good for us. We were able to gain ground in the championship due to the third place in the second race. But the post-race time penalty took all chances away from us. At the start of the third session I had to go around a slower car which lead to a couple of contacts and the race was over for us. Overall, it’s very unlucky and disappointing, not being able to fight for the championship until the end. Now we have to take a deep breath and fully focus on the highlight, the 24 Hours of Spa in two weeks.”

Luca Stolz, driver, Haupt Racing Team (#4)
“It’s extremely unfortunate how it all went down. This doesn’t agree with our aim. An incident with the safety strap shouldn’t occur and normally we have enough routine to avoid mistakes like that. But it just went down and of course the penalty was bad. During the third race, Maro couldn’t have done more. Spa and Paul Ricard are still on the schedule and we won’t give up! The team has shown that we won’t give up and delivered great pit stops. Now: Let’s brush this weekend off and continue with the fight.” 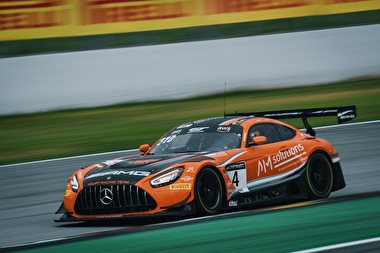 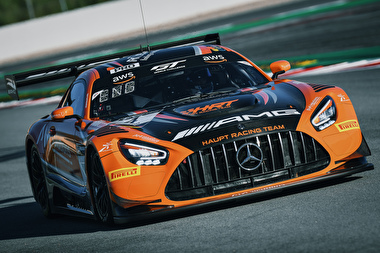 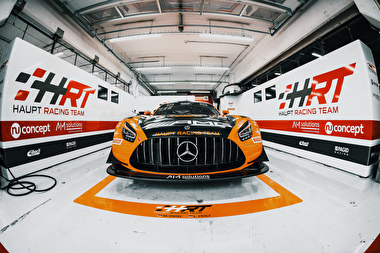