Mercedes-AMG Team HRT came home eighth and ninth to claim two top-ten finishes in an eventful Nürburgring 24 Hours, which was characterised by many set-backs. After the #4 Mercedes-AMG GT3 crashed out of the race early on, the two remaining #2 and #6 Mercedes-AMG GT3 took up the mantel, gaining place after place to eventually finish in the top ten. The race was dominated by extremely unsettled weather and heavy rainfall. These adverse conditions forced race control to suspend the race after seven hours, with the action only resuming at 08:00 on Sunday morning.

The #4 Mercedes-AMG GT3 run by Mercedes-AMG Team HRT, with drivers Maro Engel (GER), Adam Christodoulou (GBR), Manuel Metzger (GER) and Luca Stolz (GER) at the wheel, started the 48th ADAC TOTAL 24h Race at the Nürburgring from pole position. Having surrendered the lead at the start, Engel regained the top spot during the opening exchanges and the team then set about building a lead. Five hours into the race, Metzger lost control of the car on the extremely slippery track in the Schwalbenschanz section, and crashed into the barriers. This caused so much damage to the Mercedes-AMG GT3 that it was unable to continue.

A technical issue with the #6 Mercedes-AMG GT3 – racing under the name Mercedes-AMG Team AutoArenA – meant start driver Patrick Assenheimer (GER) had to join the back of the first group from the pit lane. Assenheimer, Dominik Baumann (AUT), Maro Engel, who was registered with two cars, and Dirk Müller (GER) had worked their way into eighth place by the time the race was interrupted. In the first laps after the re-start, Engel climbed several places and was running fourth when a puncture saw the #6 car drop back to 16th place. However, the quartet of drivers refused to give in and battled its way back into the top ten as the track dried out. At the end of the 24 hours, the #6 Mercedes-AMG GT3 crossed the finish line in eighth place.

The #2 Mercedes-AMG GT3 of Mercedes-AMG Team HRT, which underwent extensive repairs after a crash in the second qualifying session, started the race from 20th place. Team owner Hubert Haupt, Nico Bastian (both GER), Yelmer Buurman (NED) and Phillip Ellis (GBR) made up ground in the first third of the race. The number 2 car was eleventh when the race resumed on Sunday morning. By the end of the race, the team had climbed into the top ten and ended the Nürburgring 24 Hours in ninth place.

Hubert Haupt, team owner HRT and driver Mercedes-AMG Team HRT #2
“We did not achieve our goal of winning the race, or at least landing a car on the podium. That is obviously not the result we had envisaged.”

Jean Paul Breslin, team principal Mercedes-AMG Team HRT
“The weekend began well for us. We started the race from pole position. Unfortunately, the car crashed out whilst leading the race. After the re-start, we were running fourth with our number 6 car when we suffered another setback. We then tried to get both cars in the top ten. It was a really tough race.”

Manuel Metzger, Mercedes-AMG Team HRT #4
“Before my crash last night, we had switched to “drying wets”. That was the perfect decision. However, it then started to rain again. I eased up slightly, as I knew from my team-mates that the tyre did not cope so well in those kind of conditions. I personally had never driven on that compound. I wanted to accelerate gently out of the Little Carousel, but then suddenly lost the car. I feel really bad for the team. The car was mega.”

Dominik Baumann, Mercedes-AMG Team HRT #6
“For a start, I am happy that we brought the car home in one piece. Unfortunately, the technical issues prevented us from challenging for a top position. We then avoided taking any risks on the track and concentrated on finishing the race. We were the highest-placed Mercedes-AMG GT3, which is a little consolation for me personally.”

Nico Bastian, Mercedes-AMG GT3 #2
“Given that it looked like we were actually out of the race after the crash on Thursday evening, we are happy to see the chequered flag. However, ninth place was not the result we were looking for. I hope we come back stronger next year and get a better result. The team definitely deserved it.” 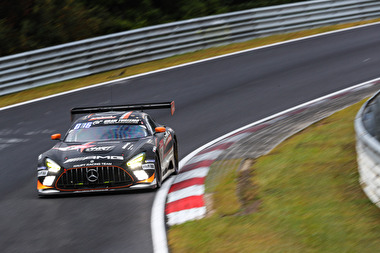 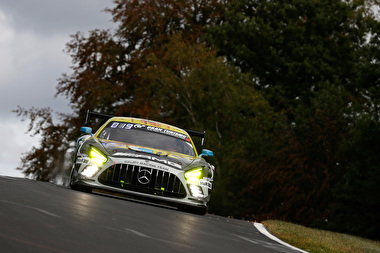 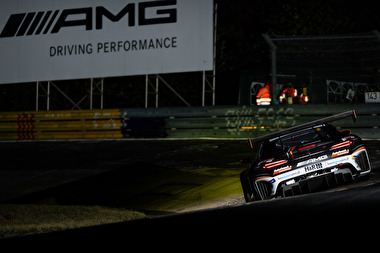 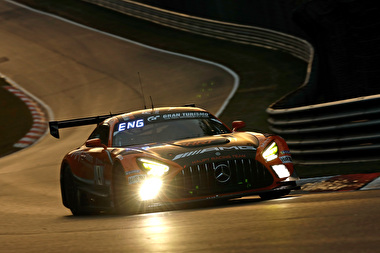 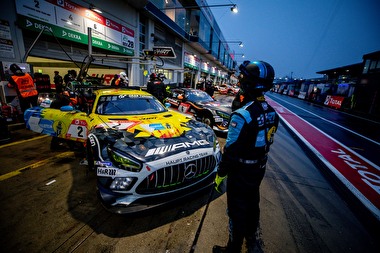 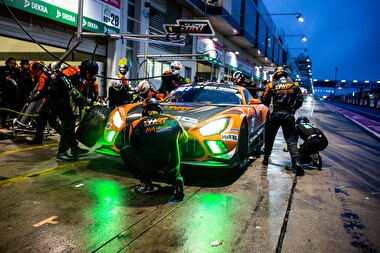 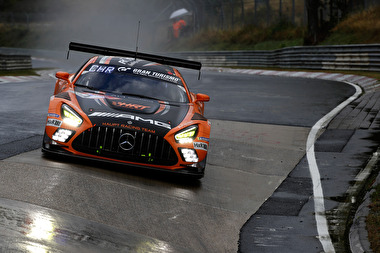 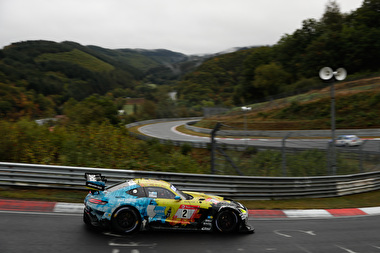 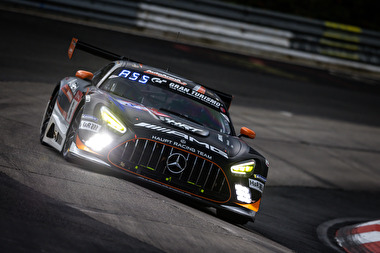 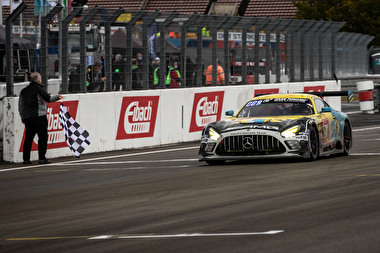