In difficult conditions, the #4 Mercedes-AMG GT3 of the Mercedes-AMG Team HRT driven by Maro Engel, Adam Christodoulou (GBR), Manuel Metzger and Luca Stolz (both GER) was the only HRT car to make it into Top Qualifying 2, in which the top 17 starting positions were determined. Engel coped best with dramatically changing track conditions. His lap time of 8:57.884 minutes was good enough to secure pole position for the biggest car race in the world.

Patrick Assenheimer (GER), at the wheel of the #6 Mercedes-AMG GT3 of the Mercedes-AMG Team HRT AutoArenA, finished sixth in Top Qualifying 1, which means 19th place overall for Assenheimer and his team-mates Dominik Baumann (AUT), Dirk Müller (GER) and Maro Engel, who is registered with two cars.

The crew of the Mercedes-AMG Team HRT #2, led by team owner Hubert Haupt (GER), had to overcome a major hurdle before they even started Top Qualifying. In the second qualifying session on Thursday evening, the car had a big crash in the Schwedenkreuz / Aremberg section of the circuit. Fortunately, Yelmer Buurman (NED), who was driving the Mercedes-AMG GT3 at the time, emerged unhurt. However, the car had to undergo extensive repairs overnight in the nearby HRT Race Base in Meuspath. Shortly after 15:00 on Friday afternoon, the repaired Mercedes-AMG GT3 was pushed back into the garage before basically completing its first function test in Top Qualifying 1, in which Nico Bastian (GER) finished seventh. As such, the number 2 car will start the 24-hour race from 20th place.

The lights will finally go green for the 48th ADAC TOTAL 24h Race at the Nürburgring at 15:30 (CEST) on Saturday.

Hubert Haupt, team owner HRT and driver Mercedes-AMG Team HRT #2
“An unbelievable result for our team. Our first season and our first 24-hour race. You can’t get a better start than that. Our #2 and #6 may be starting the race from a little further back, but you could see that the Mercedes-AMG GT3 are very quick in these changing conditions. If our package is right tomorrow, they can both climb up the standings.”

Sean Paul Breslin, team principal HRT
“As always, it was a tough Top Qualifying. Tyre selection was pivotal today. I think the fact that Maro was able to familiarise himself with the track conditions in Top Qualifying 1 was a small advantage.”

Maro Engel, driver Mercedes-AMG Team HRT #4
“I am obviously mega happy. It was really tough out there on the track. Dry here, wet there. Tyre selection was incredibly important. However, the team had the right instinct for the right tyre. I had to push really hard on both laps, as I knew that my rivals would step it up again. The car was really super today. Thank you to Mercedes-AMG and HRT for giving us such a superb car.”

Patrick Assenheimer, driver Mercedes-AMG Team HRT AutoArenA #6
“It was really difficult. The conditions were different every lap. Despite that, I personally did not find the conditions as bad as feared. However, with sixth place in the first Top Qualifying, we failed to achieve our goal, which was to make it through to Top Qualifying 2. As such, we can obviously not be 100 percent happy.”

Nico Bastian, driver Mercedes-AMG Team HRT #2
“The conditions were far from ideal for us, as we had to reassemble the car in the night. That meant that I was unable to practice in the third qualifying session, which was a disadvantage for us. However, the car is running smoothly without any technical issues. The only thing missing is a little pace. We still have to do a bit of fine-tuning, which is to be expected after the repairs. I would obviously have liked to make it into Top Qualifying 2 for the team, but the main thing is that we are able to take part in the race.” 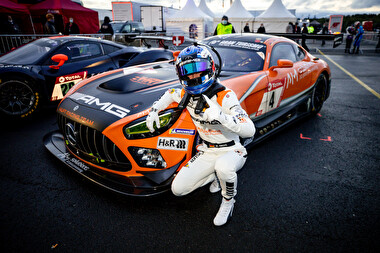 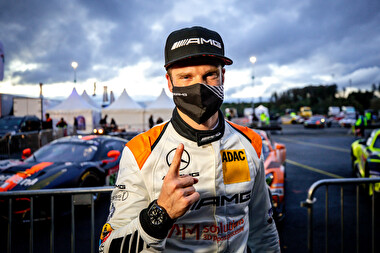 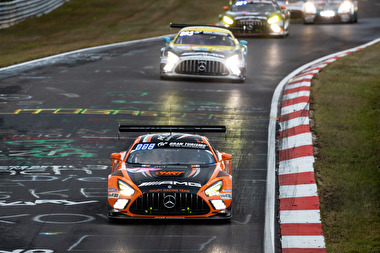 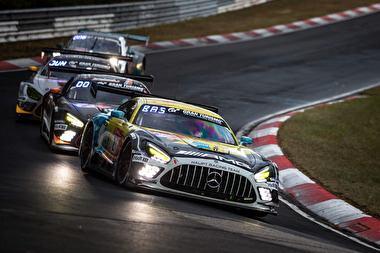 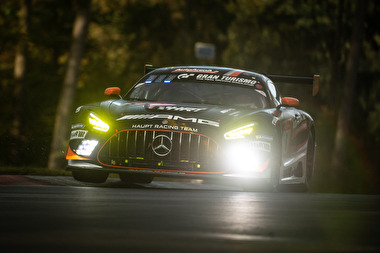 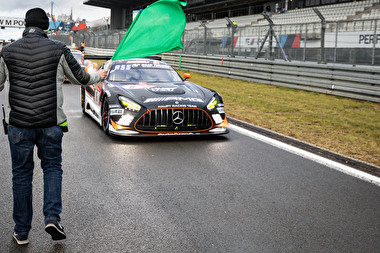 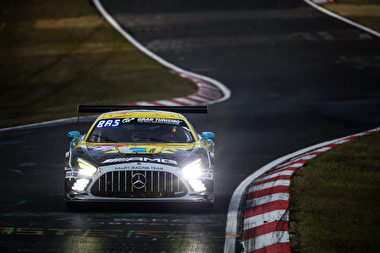 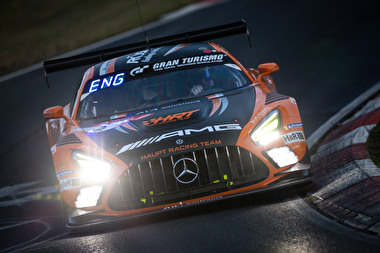