At round 4 of the GT World Challenge Europe in Magny-Cours, the HAUPT RACING TEAM wins its first Sprint Cup race in the series and finishes third in the second race. The #4 Mercedes-AMG GT3 with Maro Engel and Luca Stolz behind the wheel dominated the night race on Saturday from start to finish and added another impressive performance on Sunday to collect valuable points for the championship.

Race 1
HRT has been a class of its own at the night race on Saturday. Having dominated free practice and qualifying, the driver pair Luca Stolz and Maro Engel with the #4 AM Solutions Mercedes-AMG GT3 continued to do so in the first one-hour race of the weekend. From start to finish they were in control and ruled the game. Stolz who set the pole for the team in the afternoon was showing a great performance from the start, had an impressive advantage over his competition of 5 seconds and pulled away again after a safety car phase. Engel kept the momentum after he took over halfway through the race and steadily widened the gap to his victory lap for HRT at the end. After 36 laps, car #4 victoriously crossed the finish line with a gap of 11.558 seconds on the runner-up.

Race 2
Having dominated the race on Saturday night, Maro Engel in the #4 Mercedes-AMG GT3 started third, just 0.021 seconds shy of the pole setter after a tight battle in Sunday’s qualifying session. He managed to maintain his position at the start, kept chasing the lead and opted for an early pit stop. Stolz began his stint with a flying lap of 1:37.075m and closed in on the lead. Eventually he crossed the finishing line in third position after a vigorous fight for second place.

The HAUPT RACING TEAM returns to action on 24th – 27th September for the ADAC Total 24h-race at the legendary Nürburgring.

Hubert Haupt, Team Owner HRT
“I’m extremely happy about our first international win. Once again this is proof for the high quality at HRT and the amazing efforts and hard work shown by the whole team.”

Sean Paul Breslin, Team Principal HRT
“This was a super job by the team here at Magny-Cours. Thanks to Luca for the pole position, thanks to Maro and Luca for the first win for HRT in the GTWCE Sprint Cup. The whole crew did a great job and worked extremely hard, especially with three races in a row.”

Maro Engel, driver, Mercedes-AMG Team HRT (#4)
“This was a very strong weekend for us and the first international win for HRT. I'm incredibly happy for the entire team. They gave us an absolutely fantastic vehicle. On Sunday we would have wished for a little more than third place, but we didn't quite have the pace from Saturday. Nevertheless, it was a strong race that earned us valuable points for the championship.”

Luca Stolz, driver, Mercedes-AMG Team HRT (#4)
“Everything went well this weekend and we finally got the win. The team did a great job and we secured valuable points for the championship. That was fun." 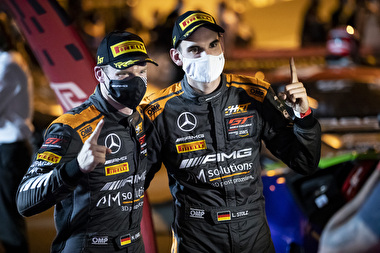 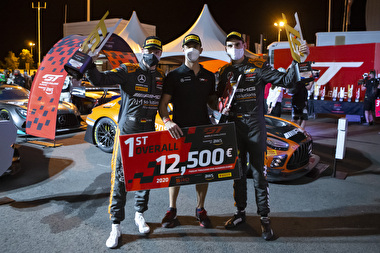 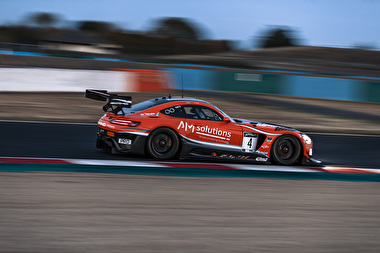 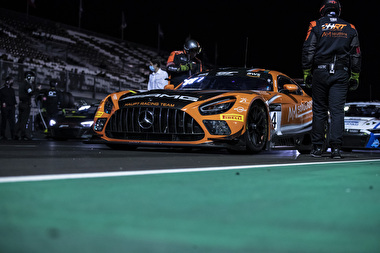 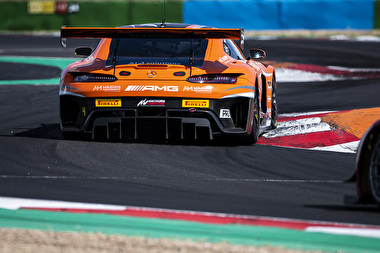 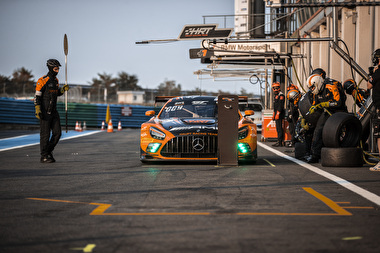 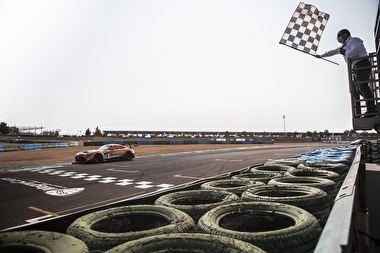 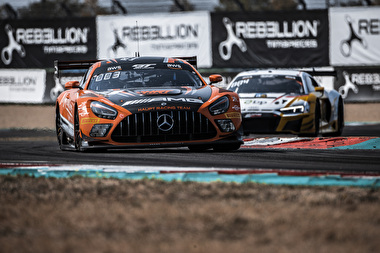