PODIUM FOR HRT AT THE NÜRBURGRING

The HAUPT RACING TEAM (#4) finished third in round two of the Endurance Cup within the GT World Challenge Europe. The #5 Mercedes-AMG GT3 fought back superbly to finish sixth in the Silver Cup.

An eventful start to the six-hour race saw Vincent Abril, who started ninth in the #4 AM Solutions Mercedes-AMG GT3, climb three positions into sixth place. HRT team owner Hubert Haupt, at the wheel of the number 5 car, had to start from the pit lane, as the team needed to replace an engine after qualifying.

Luca Stolz, who took over from Abril in the number 4 Mercedes-AMG GT3, spent his entire stint battling for the podium places in a race dominated by changes in position and safety car phases, before handing over to Maro Engel to bring the car home. Engel also stayed in touch with the leaders. After a very good final pit stop, he went on the offensive and eventually finished third to score valuable points for the HAUPT RACING TEAM.

Hubert Haupt made up more than ten positions in his stint, before handing over to Sergei Afanasiev, who continued the fightback in the number 5 car. Joel Camathias was the last man at the wheel of the red and black Mercedes-AMG GT3. He crossed the finish line in 27th place overall and sixth in the Silver Cup competition.

The HAUPT RACING TEAM returns to action next weekend at the fourth event in the GT World Challenge Europe. Circuit Magny-Cours hosts round two of the Sprint Cup in the SRO series.

Hubert Haupt, HRT team owner / driver HAUPT RACING TEAM (#5)
“A top result for our number 4! The guys more than earned the podium finish with a perfect performance. Porsche was simply superior and unbeatable this weekend. In the case of our #5 car, we must still improve our performance. We are not yet where we want to be, or where we belong.”

Sean Paul Breslin, Team Principal HRT
“I am very proud of the whole HRT team for the fantastic job they did this weekend. Generally speaking, it was a great result, with third place overall and sixth place in the Silver Cup. I am looking forward to Magny-Cours next weekend.”

Maro Engel, Mercedes-AMG Team HRT (#4)
“I think we produced a brilliant performance today. The whole team did a super job. Particularly in the final pit stop. We were just lacking that little bit of luck you need in some situations, otherwise we could perhaps have done even better. Nonetheless, third place is a good result. We can build on that. We are looking forward to Magny-Cours next week.”

Luca Stolz, Mercedes-AMG Team HRT (#4)
“You can see from the state of the car at the end of the race that it was a hard-fought race. I am very happy with third place. The team gave it everything in that last pit stop, and that made the podium possible.”

Joel Camathias, Mercedes-AMG Team HRT (#5)
“Personally, I am happy with the race, even though it was a tough weekend. We started from the pit lane and finished sixth in our class. The whole team did a super job. I am glad that the HRT team gave me this opportunity.” 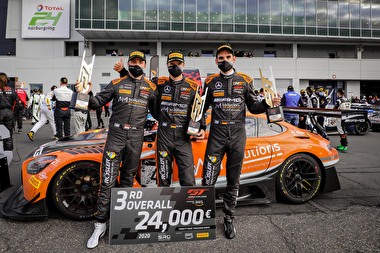 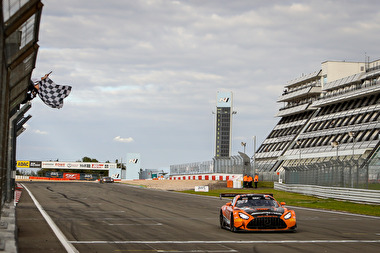 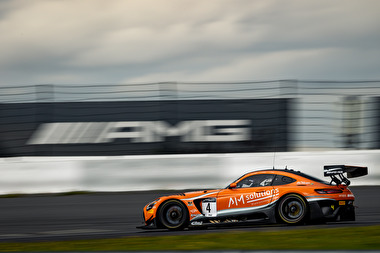 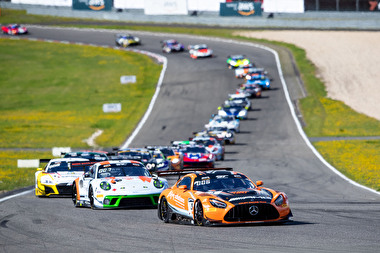 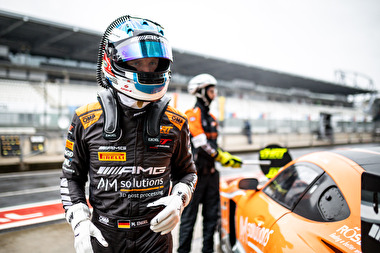 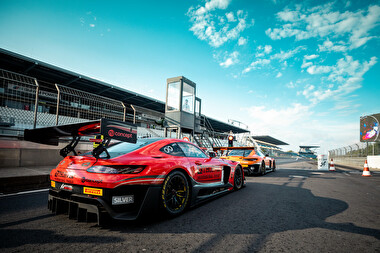 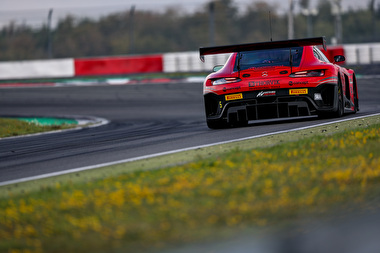 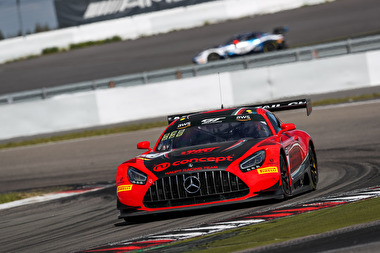