HRT got its campaign in the Sprint Cup of the GT World Challenge Europe Powered by AWS off to a successful start at Misano World Circuit. With the team’s #4 Mercedes-AMG GT3, Maro Engel (GER) and Luca Stolz (GER) secured a second and a pair of fourth places in the weekend’s three races of one hour each. After a pair of race wins and two further podium results in the Nürburgring Endurance Series, this is the maiden international podium result for recently founded HAUPT RACING TEAM.

Race 1
In the opening race on Saturday evening, the podium success was already within reach for HRT. In qualifying for the first race, however, this hadn’t been visible: Luca Stolz was unable to do better than ninth place in the session. In the race, however, he demonstrated his class, making up four positions right away with a strong start. After an early driver change, Maro Engel continued the progress so that the HRT car was already in fourth place only a few minutes later. An accident in the closing stages led to a safety car intervention and the #4 car was within striking distance to the cars in the top three. After the re-start, however, Engel wasn’t in a position to mount a decisive challenge and crossed the finish line in fourth place.

Race 2
In qualifying for the second race, it was Maro Engel’s turn and he posted the third-fastest time. From the second row of the grid, the HRT driver initially came under pressure in the first race on Sunday and lost a position. After that, he skilfully cemented fourth place for the #4 Mercedes-AMG GT3. After a safety car intervention, the team opted for an early driver change to Luca Stolz – a clever move as the #4 car was already in third place as the pit stop window closed. On course for a podium finish, Stolz increased the pressure on the car in front and eventually benefited from a driver error of the Audi ahead to move up to second place. After 36 laps of the 4.226 km long Misano World Circuit, Stolz brought second place home, securing the maiden international podium result for HAUPT RACING TEAM.

Race 3
For the third and final race, the initial position for the HRT duo again was anything but optimal: Luca Stolz had to start the race from tenth place on the grid. But like on Saturday already, the 25-year-old again managed to gain several positions at the start. He then handed the #4 Mercedes-AMG GT3 to Maro Engel while running in seventh place. After the driver change, the latter then also made up ground and brought the #4 car within reach of the podium positions. Like in the preceding races, a safety car intervention just before the end of the one-hour race duration caused additional excitement. Once racing had resumed, Engel no longer had the chance to use the few remaining minutes to improve his position and brought a fourth-place finish for HRT home for the second time this weekend.

For the HRT pit crew, there was a special accolade: the crew was honoured by the organiser for their quick work this weekend and received the award for the winner of the official pit stop challenge. The next round of the GTWC Europe will be held as a six-hour race from 5th-6th September at the Nürburgring and therefore is a home round for HAUPT RACING TEAM. Prior to that, the team will already be in action on 29th August in the fifth round of the Nürburgring Endurance Series, also a six-hour race.

Sean Paul Breslin, team principal, HRT
“I am really proud of the team and of their hard work. It was a difficult start of the weekend, yet the team really pulled together and made the most out of it. The podium, the two fourth places and winning the pit stop challenge were a good result after a very hot weekend at Misano.”

Maro Engel, driver, HRT #4
“First of all, a big thank you to the entire HRT team. We had a mega strategy and mega pit stops. The guys won the pit stop challenge for a reason. In all three races, the stops helped us to move up. As a driver, we didn’t have an easy time. The pace wasn’t quite there as we had wanted. Still, Luca and I made the best of the situation. With fourth, second and fourth place, it was a very good start of the sprint season in the GT World Challenge Europe. We are looking forward to the next races, especially at the Nürburgring, the home round for the HRT Team. We will do our utmost to be in contention for victory there.”

Luca Stolz, driver, HRT #4
“All in all, it was a very good weekend for us. We knew that Misano didn’t really suit us that well, something we already saw last year. On Thursday, we didn’t have a chance to test due to some minor issues. But from then on, everything played out really well. The crew was unbelievably quick. The results were good, too. One second place and a pair of fourth places, we really can’t complain about that.” 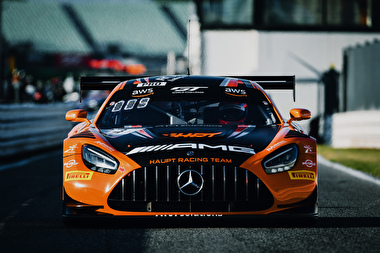 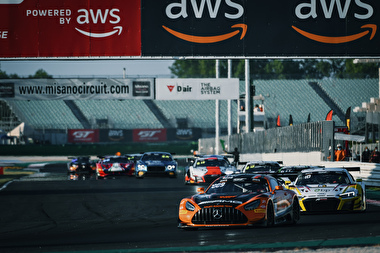 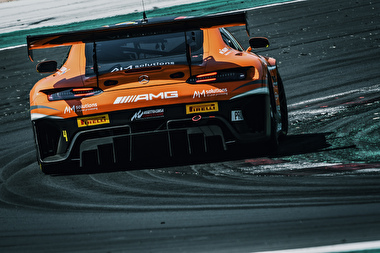 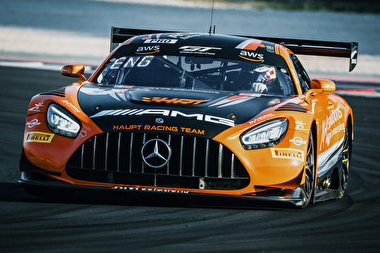 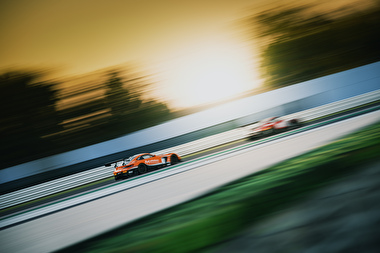 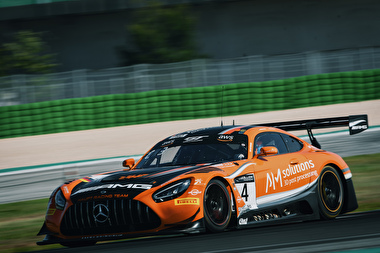 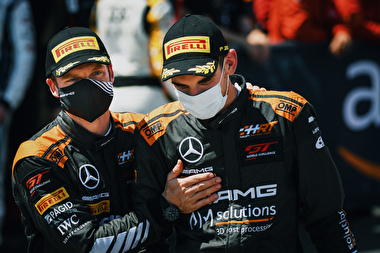 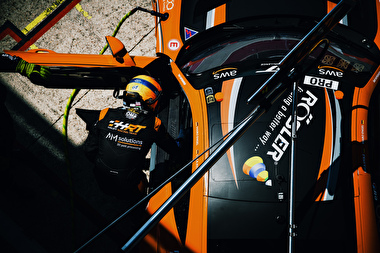