HRT lines up in this season’s Nürburgring Endurance Series (NLS) with two Mercedes-AMG GT3s, each with a crew of top drivers at the wheel. The team from Meuspath will contest the opening race on 26th March, and HRT will also field its two cars at the third race weekend of the season on the legendary Nordschleife. Further outings are also planned in this prestigious series, which comprises a total of eight events.

The #12 Mercedes-AMG GT3 lines up in the iconic blue and yellow livery as “Mercedes-AMG Team Bilstein”. Sharing the cockpit will be three experienced drivers from the Mercedes-AMG squad: Raffaele Marciello (SUI), Manuel Metzger and Luca Stolz (both GER).

The #6 Mercedes-AMG GT3 from nu concept, which will challenge for the podium under the title “Haupt Racing Team” and in the design of new team partner PAUL, also has a strong trio of drivers: Team owner Hubert Haupt (GER) will alternate behind the wheel with Mercedes-AMG Performance drivers Nico Bastian (GER) and Philip Ellis (SUI).

The Nürburgring Endurance Series kicks off the new season this Saturday, 26th March, with the four-hour “ADAC Westfalenfahrt”. The next NLS outing for Haupt Racing Team, again over a race distance of four hours, will be on 23rd April. Both races start at 12 noon CET, with the qualifying sessions taking place from 08:30 a.m. to 10:00 a.m. CET. HRT will announce at a later date whether it will appear at other events in the 2022 NLS season, and if so when.

Preparation for the Nürburgring 24 Hours

HRT will use the two NLS races as preparation for the iconic 24-hour race at the Nürburgring. This stand-out event will celebrate its 50th anniversary this year, from 25th to 29th May 2022. The qualification race for the Nürburgring 24 Hours takes place between 6th and 8th May.

Since it was founded, HRT has enjoyed a special relationship with the Nürburgring and the Eifel region: The team’s Race Base is located very close to the iconic circuit, in Meuspath industrial estate.

Raffaele Marciello, Mercedes-AMG Team Bilstein #12:
“I am looking forward to driving on the Nordschleife again, especially with a strong team like HRT. Our goal is clear, so it is now down to us to do our job. We will be excellently prepared when the time finally comes.”

Manuel Metzger, Mercedes-AMG Team Bilstein #12:
“I am looking forward to driving for HRT at the Nürburgring again. We have a very good squad of drivers and a strong overall package, with Bilstein as chassis partner, the whole HRT crew, and our Mercedes-AMG GT3. It is sure to be a challenge, as it is every year, but I am highly motivated to prepare well for the 24-hour race and show our full potential there.”

Luca Stolz, Mercedes-AMG Team Bilstein #12:
“I am really looking forward to driving at the Nürburgring again. I hope we can use the two races to prepare for the 24-hour race without any problems. I am intrigued to see the re-surfaced section of track on the Nordschleife.”

Hubert Haupt, team owner Haupt Racing Team / Haupt Racing Team #6:
“The Nordschleife season is finally here. Driving here, at our home track, is always very special. In Nico and Philip, I have two ambitious team-mates, who have already shown what they are capable of on many occasions. I am sure we will have a good time and be successful together.”

Nico Bastian, Haupt Racing Team #6:
“I'll be driving my first race of the year this weekend. The Nürburgring-Nordschleife is the most challenging track in the world, so it's important to get as much track time as possible.”

Philip Ellis, Haupt Racing Team #6:
“I can hardly wait to finally go racing at my favourite circuit again, for the first time since last year’s 24-hour race. I am confident that Nico, Hubert and I will do very well together. All eyes are on the big 24-hour race in May. We want to get as many laps of the Nordschleife under our belt as possible between now and then.”

Sean Paul Breslin, team principal Haupt Racing Team:
“We are very happy to start the season at the best racetrack in the world and are looking forward to some productive preparation for the team ahead of the 24h Nürburgring in May. We have two great line ups and some great support from our partners and sponsors, our aim is to make all those involved proud to be part of this team.”

About HRT
HRT stands for HAUPT RACING TEAM. Formed in July 2020 by racing driver and entrepreneur Hubert Haupt, the team enjoys success in GT3 racing. Among other things, HRT secured the 2021 DTM drivers' championship in just its second motorsport season. HRT lines up with extended works support from Mercedes-AMG in many of the team's outings. The outings and cars are prepared in Meuspath, not far from the Nürburgring. HRT also has its own eSPORTS team in the professional sim racing sector and is a sought-after partner for motorsport events of all sorts. HRT can call on a host of experts with a wealth of motorsport and engineering experience, which the diverse motorsport company leverages when implementing technical development projects for and with its partners. The headquarters of Haupt Racing Team GmbH is Grünwald near Munich. The team owner is racing driver and businessman Hubert Haupt. As well as motorsport, Haupt is primarily known as a successful property developer. With his real estate company, he implements high-quality living and building concepts in southern Germany – from innovative buildings to complete districts. 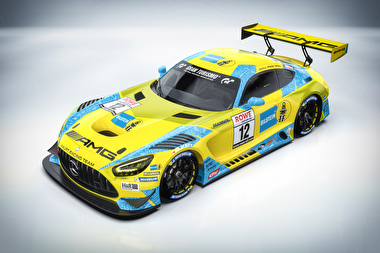 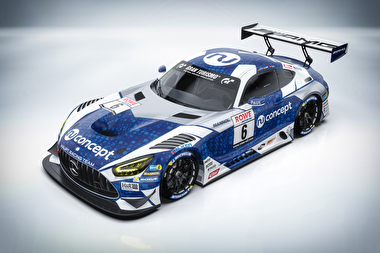 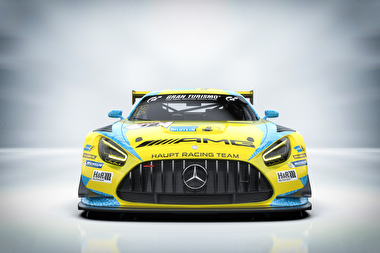 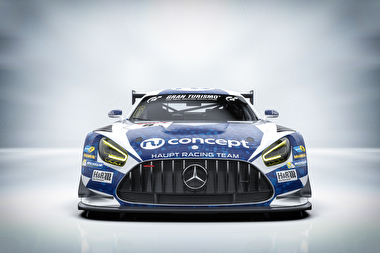 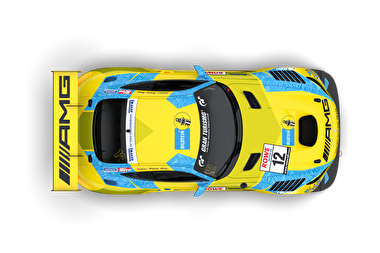 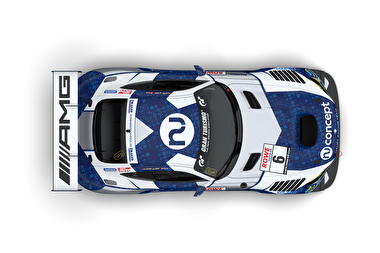