Over the past two days, the Mercedes-AMG Team HRT has given four young drivers the opportunity to test the GT3 cars currently used in the DTM. Among those in action during the two-day Young Driver Test at Circuit Paul Ricard were Formula drivers David Schumacher and David Beckmann.

Over the last two days, the Mercedes-AMG Team HRT has offered young drivers from the Formula racing scene the opportunity to gain experience in the latest Mercedes-AMG GT3 during the DTM Young Driver Test at Circuit Paul Ricard. David Beckmann, David Schumacher, Lirim Zendeli (all GER) and Britain’s Jake Hughes were at the wheel of the current DTM car at the Grand Prix circuit in the south of France. David Schumacher, son of former Formula 1 and DTM driver Ralf Schumacher, started in the FIA Formula 3 Championship in 2021. David Beckmann, Lirim Zendeli and Jake Hughes lined up in FIA Formula 2 this season. The two test days also gave these young drivers an opportunity to state their claim to a possible seat in the 2022 DTM.

In next season’s DTM, the Haupt Racing Team will be going all out to defend Maximilian Götz’s title in the Drivers’ Championship. The Haupt Racing Team will again be part of the DTM, and will line up with at least two cars. Like the DTM, the GT World Challenge Europe will also be one of the series that features regularly on the Haupt Racing Team calendar. Here too, the team from Meuspath is currently planning to run two cars, and possibly to register a third car for the 24 Hours of Spa at the legendary Circuit de Spa-Francorchamps. The Race Base is currently being built in the business park at the Nürburgring, and it goes without saying that HRT will also focus on the Nürburgring 24 Hours. The Nürburgring Endurance Series also kicks off at the circuit in the Eifel Mountains on 26th March. As things stand, HRT plans to run cars in most of the season’s eight races.

The Haupt Racing Team will line up at the 24H Dubai at the start of next year, with the option of entering other, selected races in the Creventic 24H Series. Two HRT cars have already been officially registered for the 24 Hours of Dubai, which takes place on 14th and 15th January. Another very interesting perspective for the Haupt Racing Team in 2024 will be Le Mans, where it will be possible to field GT3 cars. The preparation could be initiated with a participation in the Asian Le Mans Series.

Like last season, HRT will again line up in fiercely-competitive and attractive racing series in 2022, when it will be looking to achieve more success.

Ulrich Fritz, Managing Director of Haupt Racing Team: “We have two eventful and productive days of testing behind us. The four drivers have generally really impressed us and it is nice to see that talented youngsters like them are interested in our programme. We are currently preparing meticulously for the start of the 2022 season. The 24 Hours of Dubai will be the first big highlight. We will have a promising line-up and be out to win the race.”

David Schumacher: “We had mixed weather, but I got a very good impression of how the car feels and behaves, and it was great fun on the whole. I learned an awful lot, particularly from the long run. Personally, I managed to familiarise myself with the car a little. Generally speaking, I am very happy. Perhaps I will get another go sometime.”

David Beckmann: “They were very interesting test days. The long run, in particular, really allowed you to familiarise yourself with the car, and I was able to adapt my driving style. Generally speaking, the time at the circuit was very helpful in terms of getting a first impression of the GT3 car. I really enjoyed it.”

Lirim Zendeli: “They were very informative days for us all. We were able to implement everything we planned. At first I had a few little problems, but I then improved bit by bit. I will definitely take a lot away from the tests. I particularly enjoyed working with HRT. I am really satisfied.”

Jake Hughes: “I really enjoyed the laps in the HRT Mercedes-AMG. This was the first time that I have driven a GT3 car. There are obviously a few things I could improve. However, on the whole I am happy with my performance and I would like to thank HRT for the invitation. It was really great fun.”

About HRT
HRT stands for HAUPT RACING TEAM. Formed in July 2020 by racing driver and entrepreneur Hubert Haupt, the team enjoys success in GT3 racing. HRT lines up with extended works support from Mercedes-AMG in many of the team's outings. The outings and cars are prepared in Meuspath, not far from the Nürburgring. HRT also has its own eSPORTS team in the professional sim racing sector and is a sought-after partner for motorsport events of all sorts. HRT can call on a host of experts with a wealth of motorsport and engineering experience, which the diverse motorsport company leverages when implementing technical development projects for and with its partners. The headquarters of Haupt Racing Team GmbH is Grünwald near Munich. The team owner is racing driver and businessman Hubert Haupt. As well as motorsport, Haupt is primarily known as a successful property developer. With his real estate company, he implements high-quality living and building concepts in southern Germany – from innovative buildings to complete districts. 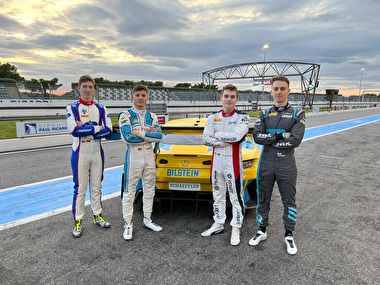 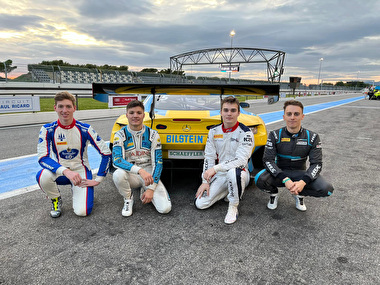 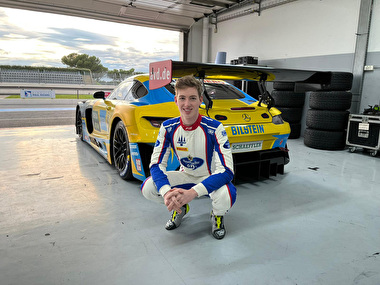 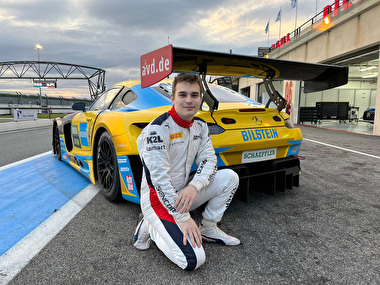 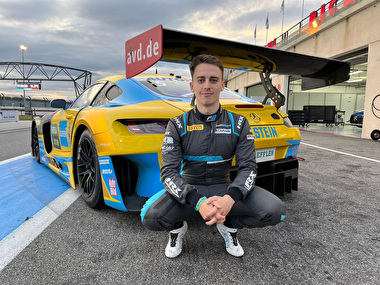 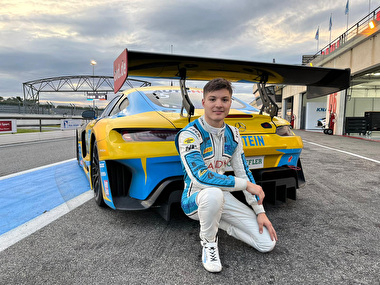