Maximilian Götz (GER) from Mercedes-AMG Team HRT has pulled off a virtually unbelievable feat, winning the 2021 DTM title at his home event at the Norisring. Götz produced two impressive performances to win both races and overturn a 26-point deficit to secure his first Drivers’ Championship in the DTM. For the Haupt Racing Team, this is the first title since the team was formed one year ago.

After his commanding victory in Saturday’s race, Maximilian Götz went into the second race day carrying an extra 25 kilograms of weight in his pink and blue #4 BWT Mercedes-AMG GT3, and will little more than a mathematical chance of winning the title.

As on Saturday, Götz made a very good start to the race and benefitted on the opening lap from the drama surrounding title favourites Liam Lawson and Kelvin van der Linde. Götz drove aggressively and with great intent again, as he did on the way to taking victory in Saturday’s race, and continued to set a fast pace. Götz came in for his mandatory pit stop on lap 17, with the crew completing the stop in a solid 7.4 seconds.

As the race progressed, his rival in the close title race suffered a puncture to his rear-left tyre and fell back through the field after a spin and a pit stop. That paved the way for Götz to take victory and win the title. In a spectacular first DTM season, culminating in front of big crowds at the Norisring, Götz scored a total of 230 points and won the first title for himself and the HRT team. The title in the Drivers’ Championship was the perfect way for the Haupt Racing Team to end its rookie season in the DTM.

His team-mate Vincent Abril (MCO), at the wheel of the blue and yellow #5 Mercedes-AMG in the livery of team partner Bilstein, was eighth in Sunday’s race and ended the season in 14th place in the overall standings.

DTM to be even more attractive, thanks in part to a new television deal

The DTM has developed very nicely this year and provided fans and spectators with excitement right down to the final race at the Norisring. A thrilling and at times spectacular season has now drawn to a close, but, like HRT, the umbrella organisation responsible for the DTM – ITR GmbH – has set its course for the future. A new TV deal means the DTM will no longer be shown on Sat1, but will remain within that broadcasting network. The successful partnership between the DTM and #ranracing will continue with the move to ProSieben.

The 2022 DTM season starts with the opening race weekend in Portimao (29th April to 1st May 2022) and ends with the finale at the Hockenheimring (7th to 9th October 2022). A total of nine race weekends are planned for the coming season, with races in Germany, Belgium and Portugal, at which the Haupt Racing Team will have its sights set on successfully defending the title.

Maximilian Götz, Mercedes-AMG Team HRT #4: “HRT are DTM champions. Max Götz is DTM champion. We would never have believed that was possible before the race. We have consistently performed well all year and have always been fair. I think our rivals lost their nerve a little today. We just had to do our job and stay calm. You can only win a championship if you avoid mistakes, and that is precisely what we did today. I am very proud of everyone who contributed to this success.”

Ulrich Fritz, Managing Director Haupt Racing Team GmbH: “An eventful DTM season for the Haupt Racing Team draws to an end today with victory in the Drivers’ Championship. I am impressed by what this young team has achieved in its first year in this extremely challenging championship. Winning this title is not only the result of the incredible commitment shown by every single member of the team, but also evidence that you must never stop believing in yourself and never give up, as the title seemed a long way off after qualifying today. We turned that around together as a team. I would not only like to thank our whole team, drivers and partners for that, but also Mercedes-AMG and the other AMG Customer Racing teams for their support.”

Hubert Haupt, team owner and driver, Mercedes-AMG Team HRT #5: “It is an incredible result when you consider that we did not actually have a realistic chance of winning the title coming into yesterday’s race day. Max has worked perfectly with the team all year and always picked up points. It was an incredible race and a big win for the DTM. The race was a big recommendation for this series. I am really happy and proud of our team.”

Sean Paul Breslin, team principal HRT: “I can hardly put it into words. We were so far back in the championship and the title was only mathematically possible. The other title contenders seemed out of reach, but we pulled off the shock. It feels incredible to win the DTM.”

About HRT
HRT stands for HAUPT RACING TEAM. Formed in July 2020 by racing driver and entrepreneur Hubert Haupt, the team enjoys success in GT3 racing. HRT lines up with extended works support from Mercedes-AMG in many of the team's outings. The outings and cars are prepared in Meuspath, not far from the Nürburgring. HRT also has its own eSPORTS team in the professional sim racing sector and is a sought-after partner for motorsport events of all sorts. HRT can call on a host of experts with a wealth of motorsport and engineering experience, which the diverse motorsport company leverages when implementing technical development projects for and with its partners. The headquarters of Haupt Racing Team GmbH is Grünwald near Munich. The team owner is racing driver and businessman Hubert Haupt. As well as motorsport, Haupt is primarily known as a successful property developer. With his real estate company, he implements high-quality living and building concepts in southern Germany – from innovative buildings to complete districts. 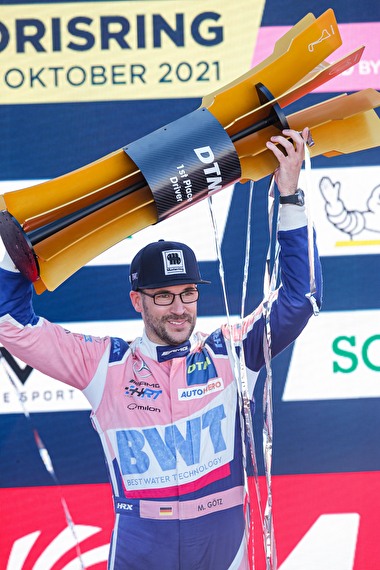 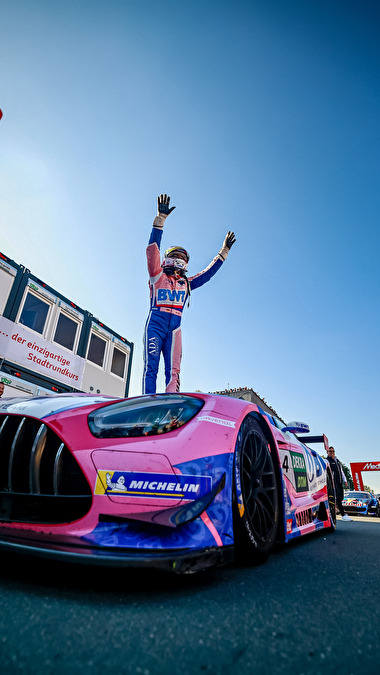 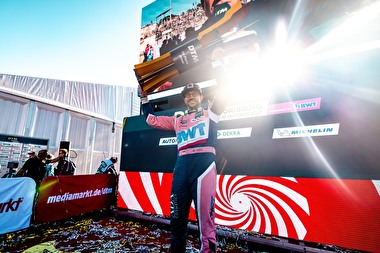 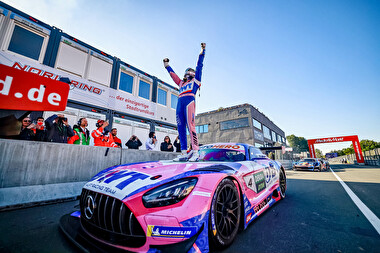 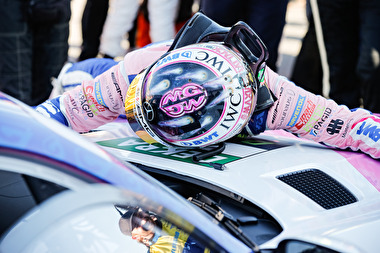 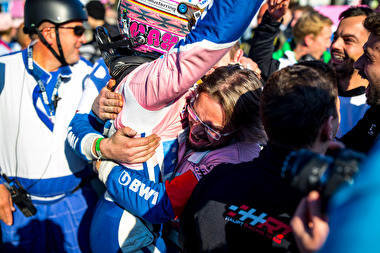 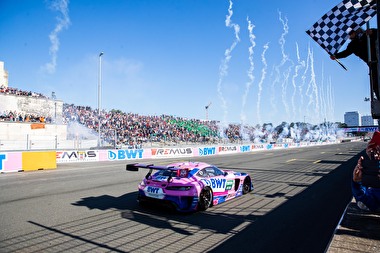 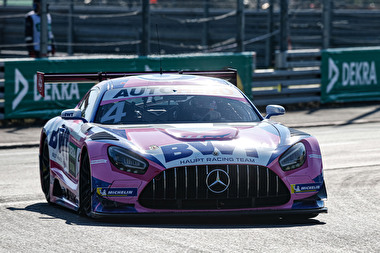