Maximilian Götz (GER) takes a commanding victory with Mercedes-AMG Team HRT in Saturday’s race at the final event of the 2021 DTM at the Norisring. Götz started his home race in Nuremberg from fifth place and had taken the lead by the end of lap ten. His flawless drive keeps the Drivers’ Championship wide open.

Maximilian Götz (GER) had to settle for fifth place in qualifying ahead of race one at the Norisring – his team-mate Vincent Abril (MCO) was eleventh fastest.

That left Maximilian Götz with little more than a theoretical chance of winning the Drivers’ Championship. However, he made a very good start in the pink and blue #4 BWT Mercedes-AMG GT3 and was soon battling at the head of the field. Meanwhile, his team-mate Vincent Abril, in the #5 car with the blue and yellow design of team partner Bilstein, fell several positions after a collision on the opening lap.

Götz fought hard at his home race, driving aggressively on his way to taking the lead on lap ten.

As the race progressed, the experienced Götz set fast lap times and had opened a lead of two seconds by lap 14. That advantage had stretched to over four seconds by the end of 22 laps, and his team consequently called him in for his mandatory pit stop on lap 23. As has so often been the case this season, the HRT completed the stop in a rapid time of just 7.01 seconds. This allowed Götz to put more valuable seconds between him and his pursuers.

The German driver returned to the track in ninth place, but led again by the time the round of pit stops had been completed – a lead he defended superbly through to the finish. Götz’s second win of the season in the #4 BWT GT3 came at his home race at the Norisring. Team-mate Abril finished 14th, despite a collision at the start of the race.

Maximilian Götz’s excellent performance not only earned him his second DTM victory, but the 35-year-old also kept the race for the Drivers’ Championship wide open. 28 points are up for grabs in Sunday’s final DTM race, giving Götz a mathematical chance of winning the title.

The showdown to decide the winner of the 2021 DTM season takes place at 13:30 on Sunday. The race can be watched live on TV on SAT.1, as well as via a free livestream at www.ran.de and on the organiser’s YouTube channel. The latest standings and final results are also available in the live timing on the race day.

Maximilian Götz, Mercedes-AMG Team HRT #4:
“It is incredible, I have tears in my eyes. My home race, and I’m on the top step of the podium. When you start from fifth, you don’t expect that. The first lap was chaotic, but the pace was good and we opened a lead relatively quickly. Thank you to the team and Mercedes-AMG for the great car. We are now back in the battle for the championship and looking forward to an exciting race tomorrow.”

Vince Abril, Mercedes-AMG Team HRT #5:
“Another difficult race. Unfortunately, I was pushed into the wall at the start and ended up in last place. The pace was actually good, but it is difficult to overtake here. We are now hoping for a better qualifying tomorrow.”

Ulrich Fritz, Managing Director of Haupt Racing Team GmbH:
“Max and the team did a super job today. From fifth to first – and in commanding fashion. It was important, in order to keep the championship open. Tomorrow is a new day and we have every chance. Having said that: a 19-point deficit with 28 still up for grabs is a real challenge. However, we are ready for it and looking forward to getting stuck in tomorrow.” 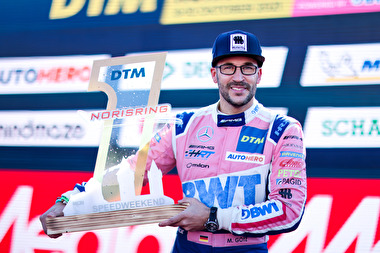 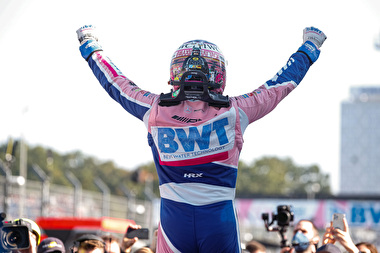 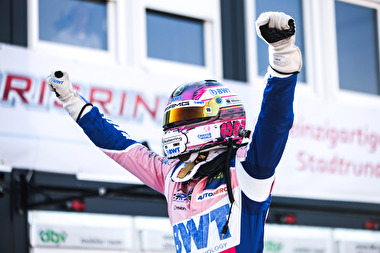 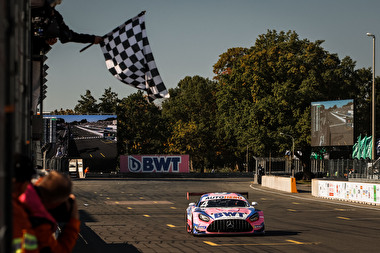 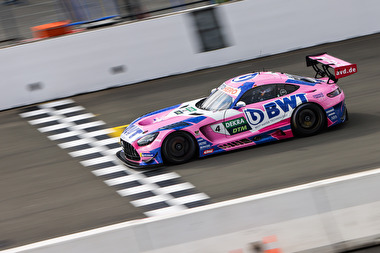 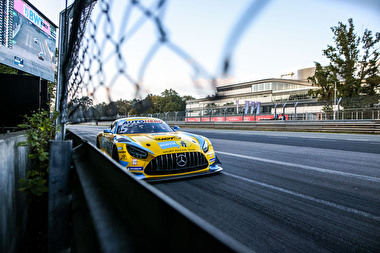 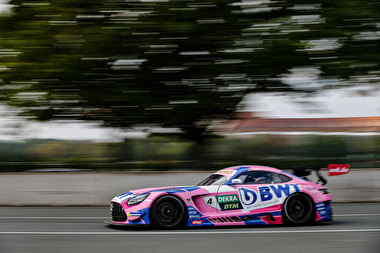 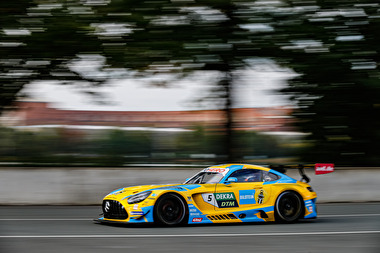 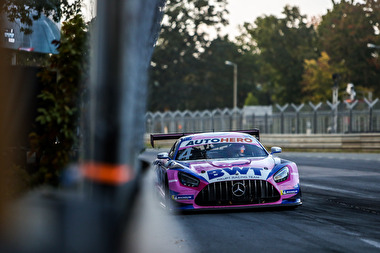 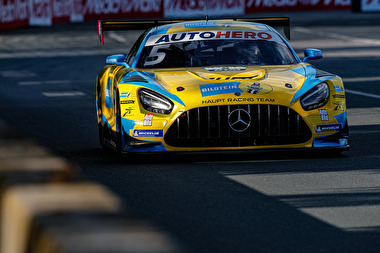